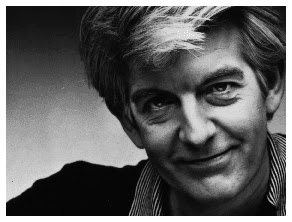 OK, Here's one more Nick Lowe show that I forgot I had, that fits in here nicely, that shows a different side of him and his music, and serves as somewhat of a transition between his pop and rock beginnings and his later years. This is a solo acoustic performance, just him and his guitar, as opeining act for his buddy, Elvis Costello, for Elvis's own short 1987 solo acoustic US tour. This show, from San Diego, in fact, is the opening set for the Costello show that I posted previously (Elvis Costello - 1987-04-18 - San Diego) Thus, if you put these 2 shows together, you can relive the entire concert. As part of Elvis's set for these shows, Nick also joined Elvis for a duet on Lowe's own '(What's So Funny About) Peace, Love, and Understanding?' (which was a hit for Elvis, not Nick). This solo show really brings out the strength of Nick's vocals and his songwriting skills, which are both just superb. At this time in Nick's career, however, this solo show was a relatively novel thing for him, as he had always performed with or been part of a band. But when Elvis asked him to open for him as a solo act, he took the opportunity and made the most of it. Elvis also asked Nick back to do the same thing when he did a longer solo tour in 1989. This, then was probably the beginning of what later became Nick's preferred style. For those that have followed Nick's more recent career, you know that as he got older (from about the late 1990's on), Nick re-invented himself as more of a crooner and balladeer. As rock critic Jim Farber observed "Lowe's recent albums, epitomized by the new At My Age, moved him out of the realms of ironic pop and animated rock and into the role of a worldly balladeer, specializing in grave vocals and graceful tunes. Lowe's four most recent solo albums (The Impossible Bird, 1994; Dig My Mood, 1998; The Convincer. 2001; and At My Age, 2007) mine the wealth of American roots music, drawing on vintage country, soul and R&B to create an elegant mix of his own." For examples of Nick's more recent shows and sound, you can check out a show from 2001 (10/14 - London) at T.U.B.E here and a 2007 solo concert (09/17 - Virginia) from NPR here, where you can listen to or download the show. But posted here is an excellent example of one of the 1987 shows that may have been the inspiration for his subsequent more mature style.

Note - first song fades in just before the first lyric.

Thanks for all the Nick Lowe.

I see you're looking for Jackson Browne 1972 Chicago and, according to my old trade list, I have a copy. How do I contact you (this blog stuff is new to me)?

Can you please re-up? Just found your fabulous page!! Cheers!!