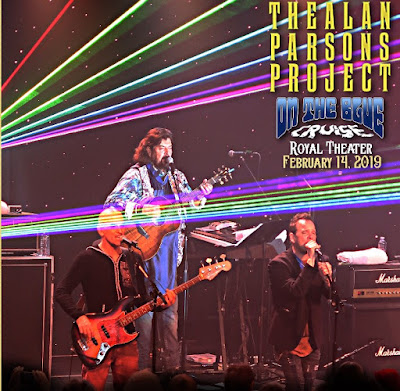 Listening to Jeff Lynne's recent ELO reincarnation made me think about another band from the '70's and '80's that also specialized in a sort of symphonic pop-rock, and that also has been undergoing a more recent revitalization through live shows, and that would be the Alan Parsons Project. Alan Parsons first made his name as an engineer and then producer of many classic albums, from the Beatles' Abbey Road to Pink Floyd's Dark Side of the Moon and hit albums by The Hollies, Al Stewart, and Ambrosia. Being a musician and songwriter himself, in 1975 Parsons teamed up with songwriter-musician-vocalist Eric Woolfson to create The Alan Parsons Project, which was basically Parsons and Woolfson, who wrote, arranged, and produced all the songs for elaborate themed concept albums, brought to life with a team of session players and hired musicians to play on the albums. Their first album, Tales of Mystery and Imagination (1976) tackled the stories and themes of Edgar Allen Poe, and attracted a lot of attention from AOR radio. The next album, I Robot (1977) was a huge hit, followed by Pyramid (1978), Eve (1979), Turn of a Friendly Card (1980), and Eye in the Sky (1982) and the hit singles 'Wouldn't Want to Be Like You', 'Damned if I Do', 'Games People Play', and 'Eye in the Sky' among others. They continued on through the '80's, but by the end of the decade their popularity had waned and their last album, Freudiana (1990) led to a rift between Parsons and Woolfson and the end of the band. Parsons and Woolfson went their separate ways, Parsons pursuing solo projects and Wollfson turning to musical theater. Parsons toured some in the '90's with a band that played Alan Parsons Project songs, but was billed as just Alan Parsons. More recent incarnations of the band by Parsons, which have been active over the last few years, now go by the name The Alan Parsons Live Project. Eric Woolfson died in 2009, but Parsons and his Project continues, revitalizing the music of The Alan Parsons Project for fans old and new alike. Here is a show from earlier this year (2019), which occurred on a special music cruise that featured many classic'60's and '70's artists and bands, including Justin Hayward (of the Moody Blues), The Zombies, Procol Harum, Al Stewart, and Dave Mason, as well as Alan Parsons. In addition to the APP classics, this show also features some new songs ('One Note Symphony', 'As Lights Fall', and 'Miracle') from Alan Parsons new 2019 album release, The Secret. I have also added a number of bonus tracks from an earlier tour (2016), in which they performed several other classic tracks, including the the Turn of Friendly Card Suite, from the album of the same name, which was always one of my favorites by them. Note: There is also a guest appearance by Gary Brooker of Procol Harum singing lead on 'Limelight' (Unfortunately, he seems ill-prepared for the song in a notably weak performance in an otherwise, an excellent show).

Differences in personnel for 2016 tracks;
Manny Forcazzo - keyboards (instead of Tom Brooks)
Alistair Green - lead guitar (instead of Jeff Kollman) 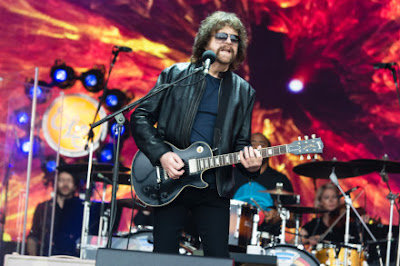 A few year's ago Jeff Lynne re-formed his old band ELO (it wasn't really a re-union as much as a re-vitalization, since Lynne and keyboardist Richard Tandy were the only members from the original band included), for a new album and tour. The new incarnation of the band was dubbed Jeff Lynne's ELO, and the album was Alone on the Universe (2015). The album was a success, as it successfully recreated the sound and style of the band but with new songs, and it was great to hear that sound again. But the brief tour was an even bigger success, because although the new songs were good, what people really wanted to hear were the old classic songs from ELO's heyday, and that's what they got with the live show, done with great style with a lively 12-piece band. So, with that success, Lynne has continued to tour each subsequent year with a version of his new ELO band, wowing audiences around the world. The 2019 U.S. tour just finished up this summer, where they again delighted audiences with a great show featuring many great songs from ELO's past. As an added feature this year, George Harrison's son Dhani was included as a special guest to sing on the Traveling Wilbury's hit 'Handle With Care'. Featured here is one of the better sounding audience-recorded shows from this year's tour, from the Wells Fargo Center in Philadelphia. I've also added as bonus tracks several additional songs that were not included in this year's setlist, but were played in previous year's concerts, for a more complete documentation of Jeff Lynne's ELO in concert.