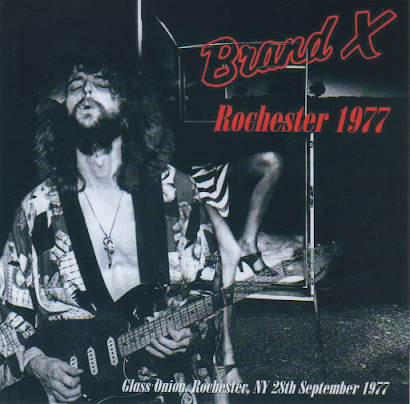 Jazz fusion-progressive rock band Brand X picked up where the original Mahavishnu Orchestra left off and took the jazz-rock branch of the progressive rock movement to a whole new level. More jazz, more rock, and more progressiveness. Brand X was formed in 1975 by guitarist John Goodsall, bassist Percy Jones, and keyboardist Robin Lumley. Genesis drummer Phil Collins was invited to join in on some early band rehearsals, and this core group eventually recorded the first Brand X album, Unorthodox Behavior (1976). Collins played with the band whenever he was not busy with Genesis commitments. For their next album, Moroccan Roll (1977), percussionist Morris Pert was added to the lineup. But with Collins busy with his own Genesis tour, another drummer had to be recruited for the band's upcoming 1977 North American tour, and jazz drummer Kenwood Dennard was brought in (and a very capable replacement he was). A Live album from the 1977 tour was released, Livestock (1977). The band endured lineup changes for the next album, Masques (1978), with Collins unavailable, and Lumley and Pert leaving, but Collins returned for the next album, Product (1979). Two more albums were released in the subsequent years (which included Collins and Lumley on some tracks), Do They Hurt? (1980) and Is There Anything About? (1982), however, these consisted primarily of outtakes from the Product sessions, and the band had essentially disbanded in 1980 after their world tour. Goodsall and Jones later revived the band in 1992 (although Goodsall and Jones were the only members from previous incarnations) for a couple of new albums, but again disbanded by 1997. But following a 2016 reunion (including Goodsall, Jones, Lumley, and Dennard), the band was re-formed for additional touring and is still active. Here is a show (2 sets) from their heyday in 1977 (although does not include Collins, as he was touring with Genesis). Great 1970's jazz-rock fusion/progressive rock. 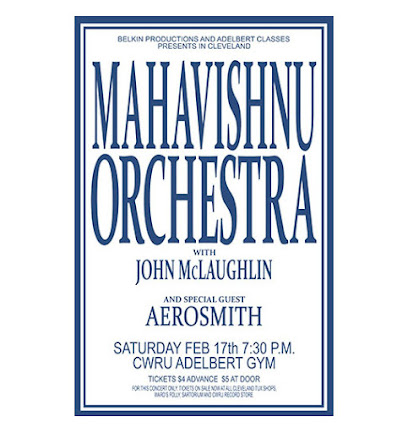 British jazz guitarist John McLaughlin started out playing in several different UK bands and doing session work in the mid 1960's. In 1969, he moved from London to New York to get involved in the NY Jazz scene. And very active he was, playing with Tony Williams, Wayne Shorter, MiroslavVituos, Joe Farrel, and most notably, he played on numerous Miles Davis albums, including In a Silent Way, Bitches Brew, Live-Evil, On The Corner, Big Fun, and A Tribute to Jack Johnson.He also released a series of solo albums, including Extrapolation (1969), Devotion (1970), and My Goal's Beyond (1971) around this time. That last album was inspired by John's Indian spiritual leader Sri Chimnoy, and it was from inspiration that he took on the name 'Mahavishnu'. Following that album, McLaughlin recruited Panamanian drummer Billy Cobham and American violinist Jerry Goodman, who had worked with him on the album, to join him in his new jazz-rock fusion band, the Mahavishnu Orchestra. Also joining the bad was Irish bassist Rick Laird and Czechoslovakian keyboardist Jan Hammer. Their musical style blended many genres, combining jazz with high-volume electrified rock, complex rhythms and unusual time signatures, Indian and European classical music, and funk. Their first two albums, The Inner Mounting Flame (1971) and Birds of Fire (1973), both all instrumental, were released to rave reviews and enthusiastic responses. They were at the forefront of the jazz-fueled contingent of progressive rock music of the early 1970's. However, during sessions for their next album, tension, turmoil, and personal disagreements within the group erupted and the sessions were aborted, and the band split. A live album Between Nothingness and Eternity (1973) was released (which included songs from the aborted sessions), but those sessions were not released until nearly 40 years later (The Lost Trident Sessions - 2011). McLaughlin quickly re-formed the band with new players in 1974 (Jean-Luc Ponty-violin, Gayle Moran-keyboards, Ralph Armstrong-bass, Narada Michael Walden-drums), and another series of albums released (Apocalypse-1974, Visions of the Emerald Beyond-1975, and Inner Worlds-1976), although with some additional personnel changes with each album, before the band broke up again in 1976. McLaughlin went on to various other projects over the years, including Shakti, One Truth, and The Translators, before re-forming Mahavishnu again in 1984, with original drummer Billy Cobham, but by this time their music was very different from the original band. After this short-lived 3rd incarnation, McLaughlin went on to the John McLaughlin Guitar Trio and other projects. Billy Cobham had a successful solo career, as well as playing with many other bands. Jan Hammer and Jerry Goodman also had successful careers working with various musicians, as well as an acclaimed album together (Like Children-1974). But here we have a great show from the early heyday of the original band, after the release of Birds of Fire, but before the demise of the original lineup. Here is an impressive display of the innovative and influential style of the original Mahavishnu Orchestra.

Intersting side note: Notice (from concert ad above) that Aerosmith was the opening act (pre-fame), which seems like a strange combo. Not sure most Mahavishnu fans would be into Aerosmith, or vice versa, but sometimes those strange matchups work out (Remember that famously, Jimi Hendrix once opened for The Monkees). 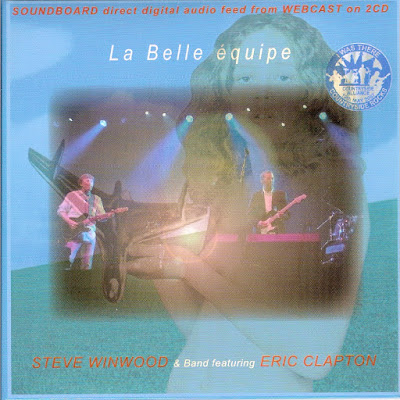 Continuing with a look at Steve Winwood's career, in 2003 Steve released his eighth solo album, About Time. This album featured a scaled-back sound and style (basic 3-piece band with some added sax and flute) which was more reminiscent of his Traffic days and more of a jazz-rock feel. In 2007, Winwood teamed up with Eric Clapton for a benefit show at Highclere Castle, and then played additional dates with Clapton at the Crossroads Guitar Festival that year. His collaboration with Clapton continued in a series of shows in 2008, 2009, and 2010, as well as release of live album (Live at Madison Garden) from their 2008 shows. But here we have the first of those Winwood-Clapton reunions, at Highclere Castle, in a great recording (from a webcast) of that show. Winwood's band plays the first set, then Clapton joins them for the second set, which features multiple Blind Faith songs in addition to other Clapton favorites. Check it out.