As I was preparing my next post, and I was actually thinking it was nice that at least there hadn't been another major rock death in the past couple weeks (after several in September-early October), and then I heard the news that Paul Barrere, lead guitarist for Little Feat had passed away. Barrere died on October 26, 2019 of complications from liver cancer. Until recently, Barrere was still playing with Little Feat, which has just finished up their 50th Anniversary Tour. Barrere had opted out of the most recent leg of the tour due to health issues, but was expected to recuperate, and he was looking forward to being able to re-join the band sometime next year, but, sadly, that was not to be, as his health declined suddenly. Barrere was 71. He joined Little Feat in 1972, and was part of every lineup version of the band since then. As readers of this blog know, I am a big fan of Little Feat and have the utmost respect for all the members of the band. Paul was a big part of their sound and style through the years. Originally formed in 1969 (with Lowell George, Bill Payne, and Richie Hayward), the band really took off with the addition of Barrere, Kenny Gradney-bass, and Sam Clayton-percussion in 1972, leading to their classic period from 1972-1978. However, George left in 1979 (and died shortly after) and the group disbanded. But in 1987, the full band, with the addition of Craig Fuller on vocals and Fred Tackett on guitar and miscellaneous strings got back together, released a new album and tour in 1988 (Let It Roll), and were off and running once again, and have been performing, recording, and touring in some form or another ever since. I have already said quite a bit about this band, and I think they were one of the greatest rock bands of all time, especially live, as they were all great musicians and would constantly change up their solos and performances. To honor Paul today, I have selected a great show from their comeback tour in 1988. Although there are many great shows from the earlier classic period with Lowell George, I think this later band featured Paul a bit more, as with George no longer there he was able to showcase his guitar-playing (and vocals) to a greater degree, and he just took off. Also, this new incarnation of the band was re-invigorated, with great new songs and a vibrant, dynamic energy that shines through their shows. Just a great period and success story for the band, coming back so strong after losing their most famous and heralded member in George. Paul, with the unparalleled talent and support of Payne, Gradney, and Hayward (and the new addition of Craig Fuller's dynamite vocals) took the band to new heights and guaranteed they would be successful for years to come. This is a great-sounding Pre-FM sounboard recording and a terrific show. So, here's to Paul Barrere and Little Feat.

Also, check out my other Little Feat posts here. I am in the process of upgrading them to better resolution, and will post a couple more Feat shows soon. 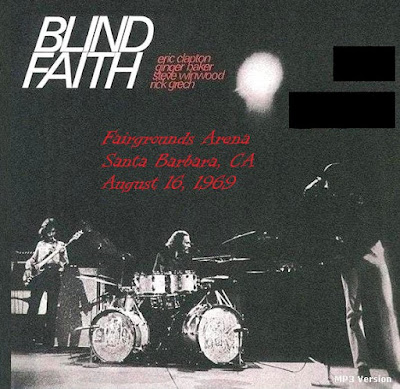 Drummer Ginger Baker died on October 6, 2019, at age 80, following prolonged illness due to ongoing heart problems. Ginger Baker was widely considered to be among the most influential and greatest rock drummers of all-time. But Baker, also one of the most cantankerous and volatile characters of rock music, vehemently rejected that title, not because he didn't think he was great (he considered himself THE greatest drummer), but because he never considered himself a 'rock' drummer, and preferred to be known just as a very versatile drummer. Raised and trained on jazz and blues, Baker joined Blues Incorporated in the early Sixties, where he first met bassist Jack Bruce (and formed a lasting but volatile love/hate bond). Baker and Bruce then went on to the Graham Bond Organization, a jazzy R&B band, but both found success and superstar status with Cream, joining with Eric Clapton in the premier hard rock band of the Sixties psychedelic period (1966-1968). Although Cream only lasted a couple years, the band achieved worldwide acclaim, and Baker's dynamic style of drumming, incorporating jazz, blues, African rhythms, and a wild hyperactive flamboyance, along with double bass drums, and perhaps the origination of the extended 'drum solo' in rock music, was highly influential on all rock drummers to follow. After Cream, he joined Clapton again (as well as Steve Winwood) in the brief occurrence of the rock supergroup Blind Faith (1969). After that, Baker formed his own band, Ginger Baker's Air Force (1970), which was a more jazz-oriented fusion group, and highlighted African percussion and rhythms in particular. But that band was short-lived as well, and Baker followed that with various excursions into jazz and African styles, including Ginger Baker's Drum Choir and Ginger Baker's African Force. He opened a recording studio in Lagos, Nigeria in 1973, which Paul McCartney used to record Band on the Run. In 1974, Baker formed another band, the Baker Gurvitz Army with brothers Paul and Adrian Gurvitz, which recorded three albums in the Seventies. In the early Eighties, Baker re-settled to an olive farm in Italy for a period, away from the music business, in order to deal with his recurring drug addictions. He also performed with Hawkwind and Public Image Limited at various times  during the 1980's. In the 90's, and beyond, Baker continued to play with various rock bands and the jazz group The Ginger Baker Trio, as well as short-lived reunions with Jack Bruce in The Jack Bruce Band and Cream (2005). He published an autobiography, Hellraiser, in 2009, toured with Ginger Baker's Jazz Confusion (2012-2014), and released his last solo album, Why?, in 2014. In 2016, he announced an end to all touring and future gigs, and he underwent open heart surgery, and remained in poor health through his remaining years.
Although best known for his time in Cream, I wanted to feature something other than Cream here, because numerous live Cream shows are already very widely and readily available elsewhere. I sought to feature something from one of his many other bands, but couldn't find anything really appropriate (his excursions into jazz, fusion, and African percussion weren't very suitable for this blog). So, I settled with featuring a Blind Faith show. Blind Faith, although very short-lived, was a great band, with potential to do so much more. Unfortunately, there are very few decent recordings (all audience recordings of varying quality) of their only tour in 1969. This is one of the better ones available, from Santa Barbara, CA. These shows prominently featured Baker's drumming, particularly in Baker's own free-form jazz composition, 'Do What You Like', in which Baker's drum solo encompasses the majority of the song's 21 min runtime. However, the encore of 'Sunshine of Your Love' is only a brief fragment here, and seems to include a guest appearance by Delaney and Bonnie on vocals (whom Clapton went to join on tour shortly after this). I have also included a bonus track of a cover of the Stones 'Under My Thumb', which was only performed at a few of the early European shows and dropped before the US leg of the tour. 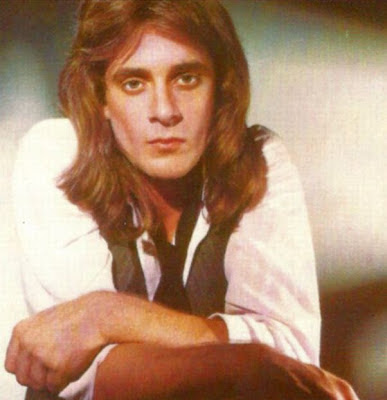 Born into a large Irish Catholic family in Brooklyn, NY, Edward Joseph Mahoney set out to join much of the  rest of his family by becoming a NY City Policeman (his grandfather, father, and brother were all cops), but he was just not cut out for that, and left his family to move to California to become a rock star as Eddie Money. After quite a few lean years, he became a regular performer at the clubs around the San Francisco Bay Area, where he caught the attention of Bill Graham, and was eventually signed to Columbia Records. His self-titled debut album, in 1977, fueled by the breakout success of two hit singles, 'Baby Hold On' and 'Two Tickets to Paradise', went double platinum, and established Money as a major new Rock artist. His working-class rocker sound and style, and his catchy tunes, were a breath of fresh air at the time, and fit in well with both the top 40 crowd and the more serious rock aficionados. And his support band was top-notch, particularly the electrifying guitar licks of Jimmy Lyon that raised the songs to a higher notch. Subsequent albums Life For the Taking (1978), Playing For Keeps (1980), and No Control (1982) were also favorably received, with additional hit singles such as 'Maybe I'm a Fool' and 'I Think I'm in Love'. But in the Eighties, Eddie succumbed to worsening problems with alcohol and drugs, with both his album quality and popularity declining.  But Eddie came back in 1986 with his most successful single yet, the Grammy-nominated 'Take Me Home Tonight'. Eddie continued through the years with occasional hits and misses, and steady touring, and eventually got his addictions under control. But being a long-time smoker, earlier this year (2019), Eddie was diagnosed with stage 4 esophogeal cancer, and complications from the cancer caused his death on September 13, 2019, at the age of 70.
But here today, we return back to those early days, in 1977, right about the time his debut album was released, and this show from San Francisco. I certainly will always remember that first album and those days. It came out when I was in college and we played and enjoyed it alot back then. I also saw him a couple times in concert and it was always a good show. This show features many of the songs from Eddie's first album with very good sound, a great vocal performance, as well as the great guitar work of Jimmy Lyon. Also included here are a few additional tracks from another 1977 show to round out the set. So, here's to Eddie Money, who will always be remembered.