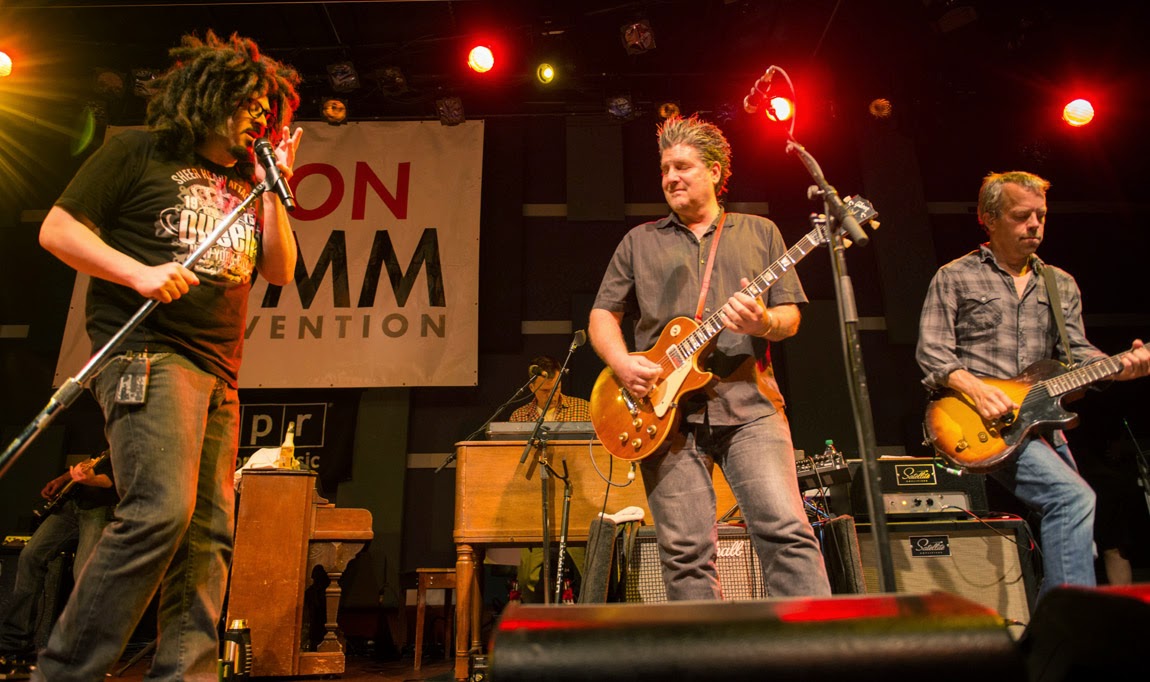 OK, so now moving from bands and artists that I saw live last summer to the band I most WANTED to see live in 2014, but didn't get the chance - Counting Crows. This was a tour that I particularly wanted to see, as they were previewing new songs from their upcoming album, but it just didn't work out for me. When they came to the east coast, I was away on the west coast, and when they came to the west coast, I was back on the east coast. Oh well, but it would've been great to see them. But the big news for Counting Crows fans is, of course, that their new album, Somewhere Under Wonderland, which is their first new studio album of original music in over 6 years, was finally released in September 2014. It's not like they haven't been busy, with touring yearly, and releasing live albums in 2011 and 2013, and a unique covers album Underwater Sunshine (which is very good) in 2012, but it has been quite awhile since we heard any new original songs from the band (last original studio album was the good, but somewhat uneven concept album, Saturday Nights and Sunday Mornings (2008). And the even better news is that the new album is absolutely excellent, certainly one of their best, and probably their best album since This Desert Life (1999), which is my personal favorite. It is just a great album, not a weak track on it. Overall, it's a diverse album, a great sound and feel, with several great rockers and pop gems, but also some more subdued, emotional, and reflective tracks, as well as a country-rock gem (that takes its cue from the country-rock focus of their last covers album). Some of Adam's best songwriting and vocals, and superb band playing and arrangements. The only complaint might be that it is a bit short, with only 9 songs and 41 min. long (whereas most Crows albums have 13-15 songs and are around an hour long), but that is minor considering that every song that is here is a gem (no filler or dull spots at all). I highly recommend the album. For me, certainly the best album of 2014 (although admittedly, I don't listen to a whole lot of new albums each year anymore), well worth checking out.  Anyway, so what I have here is a performance from early in the summer, at the NonComm vention, a yearly convention for non-commercial, alternative radio stations, which was particularly notable because it was here that they first debuted several of the new songs from the new album. It is a short set, but 5 of the 7 songs played were brand new songs never heard before, and thus is a good intro to hear some of the new songs before getting the album. And as good as these new songs are here (especially 'Elvis...', 'God of Ocean Tides', and the epic 'Palisades Park'), they did not even include 2 of my favorite songs from the album, 'Dislocation', a driving rocker with an irresistible hook, and 'Possibility Days', the evocative album closer. Although the mix of this recording is not great (vocals are way upfront and the band seems way in the background), and since it comes from streaming audio source has a low bitrate, it is still fine to hear and get the idea about the new songs. So, check out Counting Crows, and by all means, go out and buy their new album, Somewhere Under Wonderland.

For some more live Counting Crows from the 2014 tour, I have also included info and a link to get a free download of a live compilation (mp3, 256 kbps) that is being offered directly by the Counting Crows through their live show website, livecountingcrows.com. This has been available all summer, and is still available. It is a compilation of individual tracks from several different shows from early on in their 2014 tour, exclusively available through their website for free, and was billed as their 4th of July Spectacular. Of course, the site also contains numerous soundboard recordings of shows from this and previous Counting Crows tours, available for purchase (as mp3, FLAC, or CD). 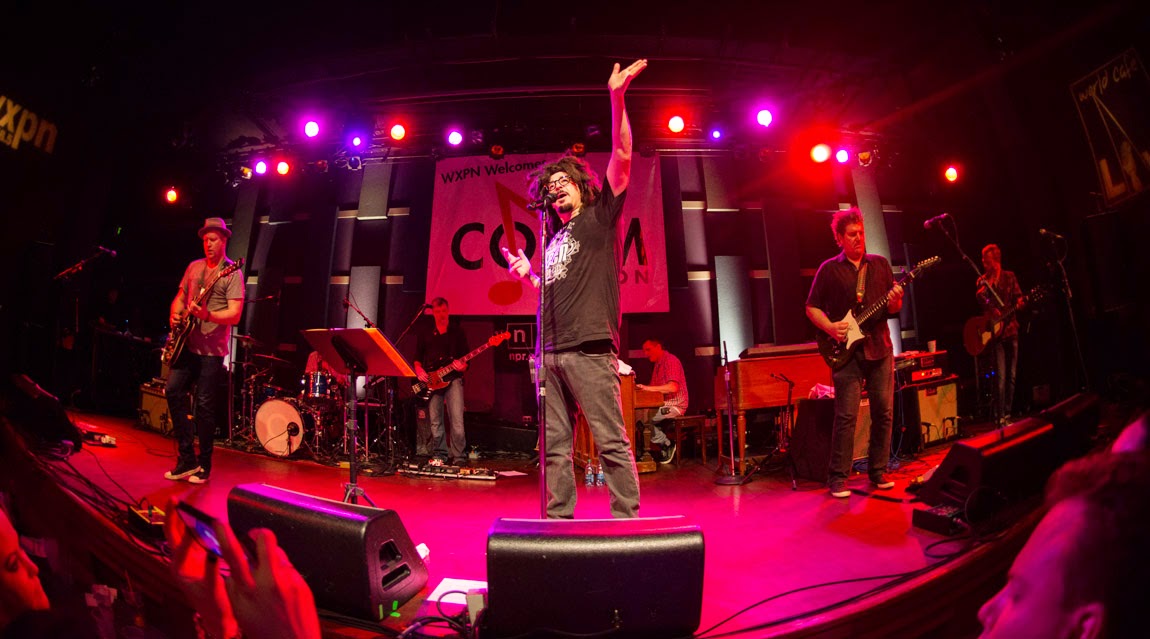