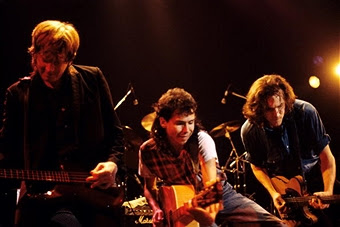 To salute the tradition of New Year's Eve rock concerts, here's another in our series of quality New Year's Eve shows. Here's the BoDeans in a classic NYE show from 1989, captured right at the band's peak years (after Home-1989, and shortly before the release of Black and White-1990). This excellent, but all too short set (surely edited down for radio broadcast) from Chicago was broadcast by WXRT-FM. As a bonus, a couple of vintage seasonal tracks (1987 Christmas single tracks) from the boys are also included, with originals, the lovely 'Christmas Time', and the uniquely strange and incessant jazz/punk/hip-hoppish rocker 'Jingle Bell Rock' (definitely NOT a remake of the familiar Bobby Helms classic of the same name). Happy New Year! to all, and let's hope 2017 is a much better year all around than 2016 was. 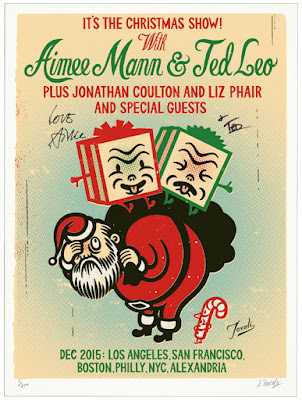 
Here's the return of Aimee and Ted's Christmas show, this time the 2015 edition (last year's show). Aimee and Ted joined together a few years ago to form The Both. Last year, I posted their 2014 Christmas Show, which marked the return of Aimee's Annual Christmas shows after missing several years. Aimee did not tour with a Christmas show for the current year (2016), so this is the most recent Christmas show available. These popular shows are a musical-variety show that mixes much music (holiday and otherwise) with some banter, skits, and comedy bits, and features several other artists in addition to Aimee and Ted. This year's guests included Liz Phair, Jonathan Coulton (who also was in the 2014 shows), and John Roderick. The theme in this year's show (or running gag, if you will) is a recurring bit about North pole politics and the ongoing Santa Elections. Song highlights include a new song from Aimee and Ted ('You're a Gift'), holiday favorites, artist standards, and some unique twists and variations on familiar songs. Overall, a very entertaining show. Hope you all have a very Merry Christmas, Happy Holidays and all the best. 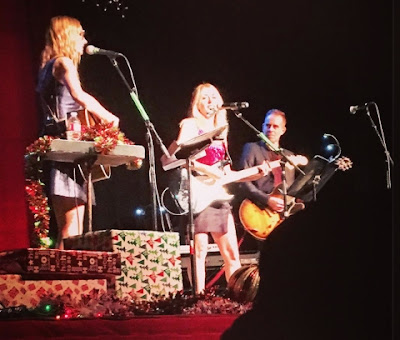 OK, I have some new Christmas sampler compilations this year. I really did not think I was going to be able to put anything together this year (just because of busyness and time, etc.), but once I started looking for songs to include it came together pretty quickly, and there were lots I wanted to include. So much so that I actually created 2 compilations this year. At first, it seemed that I most of what I was listening to were pretty melancholy, downbeat songs, but then I wanted to put in some more cheery, bright ones, so I ended up dividing them into two different collections, one being bluesy, sad, or melancholy Christmas songs, and the other being more bright and cheerful (lots of power pop, etc.). So, here are the two new compilations I came up with for this year. hope you enjoy them both.
Merry Christmas to All! 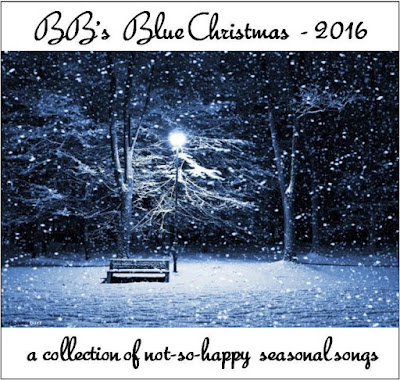 OK, so sometimes the holidays and the winter Christmas season are not so cheery for whatever reasons. And there are plenty of seasonal songs that reflect some of these blues, anxieties, frustrations, and overall sadness. But that's not to say that the songs themselves are bleak. On the contrary, many are quite beautiful melodies, and enjoyable to hear, but they just depict a bit darker side of the holidays. So, this collection embraces those aspects, with some quite lovely and beautiful tracks, blues and ballads, to some interestingly strange ditties and oddities, culminating in a sign of hope and peace. Once again, the collection features lesser known tracks and gems, as well as more original than traditional songs. 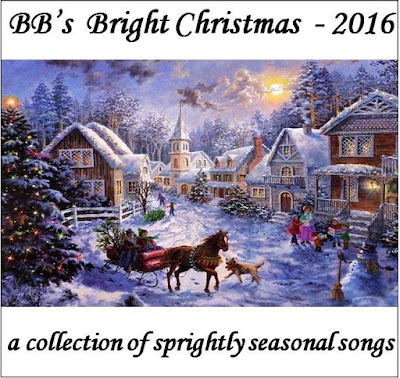 OK, so now after bringing you down a bit with the Blue Christmas Collection, here's some much brighter and cheerier selections to lift you up through the holidays. This collection again features many lesser-known holiday gems from BB Chronicles-favored artists (and a preponderance of power pop in this particular compilation) in many different styles and sounds, and featuring more original or non-traditional songs than you usually hear in these samplers, but all designed to liven up your holidays with some great upbeat holiday music.  Enjoy! and Happy Holidays!