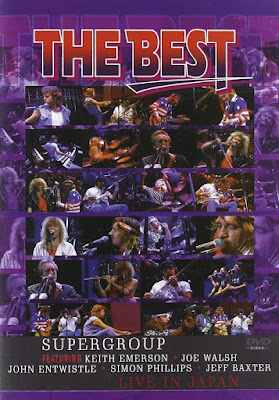 Continuing with the Keith Emerson, ELP saga: While ELP was still on tour in 1977, they released their follow-up to Works, Vol. 1, Works, Vol. 2, a single album this time, and made-up primarily of miscellaneous and leftover tracks from previous recording sessions, and all short songs. Because of this, the album was not nearly as popular as its predecessor, but nonetheless still contained some very impressive tracks. In particular, Emerson's piano work, from his version of Scott Joplin Rag-time to the wonderful Meade Lux Lewis's 'Honky-Tonk Train Whistle Blues', as well as Keith's self-penned version of a honky-tonk piano song. Anyway, the band continued on their epic Works tour, through much of 1978 as well, then back to the studio for what was their final album of their original tenure. Unfortunately, the magic was gone by this time, and Love Beach (1978) is generally considered the nadir of their career; with the album tanking and their popularity plummeting, they pulled the plug on the group, each going their own way. Keith did a couple solo albums and music for movies throughout the eighties. He re-grouped with Greg Lake in another power trio with drummer Cozy Powell, dubbed Emerson, Lake and Powell in 1986, for what was the most successful, albeit short-lived (1 album), of the ELP imitation groups. This was followed closely by 3 (Three) in 1988, which featured Emerson and Palmer with multi-instrumentalist Robert Berry, but their only album was not well-received. Then in 1990, Keith joined a new group with a supertstar lineup, for the short-lived supergoup, The Best. Featuring Joe Walsh, Jeff "Skunk" Baxter, John Entwhistle, and Simon Phillips, along with Emerson, the band was avery eclectic mix of superstars from diverse bands. Although they only played a few shows in Japan before splitting up, this band was a really intriguing oddity, a strange mix of styles and talent that produced some very memorable versions of each of their respective hit songs. As far as I know, this was the only time Keith ever played in a band where his keyboards were not the primary and dominant component, and playing here with 2 great guitarists and songs that are not really 'keyboard' songs, the results are very interesting. Now, I have already posted and featured this show from a Japanese broadcast before, but now I have upgraded the show to lossless, for all those wishing to have it in better quality. For more on the show, see the previous post here , but let me summarize with this excerpt ..."Although on some songs, like 'Life in the Fast Lane' and 'My Wife', it is a bit disconcerting to hear Emerson's constantly moving keyboards in the background, some of his additions are positively breathtaking, such as his skillful piano licks in 'Bodhisattva' and 'Reeling in the Years', or putting everything from the 'Jaws Theme' to classical pieces like 'Night on Bald Mountain' into 'Boris the Spider'. And it is very interesting and exciting to hear Skunk and Walsh combine guitar forces (and different styles) on several songs, like 'My Wife', 'Life in the Fast Lane', 'Too Late the Hero', 'Reeling in the Years', and especially 'Bodhisattva'..." , as well as their guitar additions to the Emerson 'keyboard' songs. So, if you haven't checked this out previously, be sure to do so now, as it is one of Emerson's most interesting and unique contributions, and of course, the band itself is awesome, if just a bit odd in their mixing of musical styles. 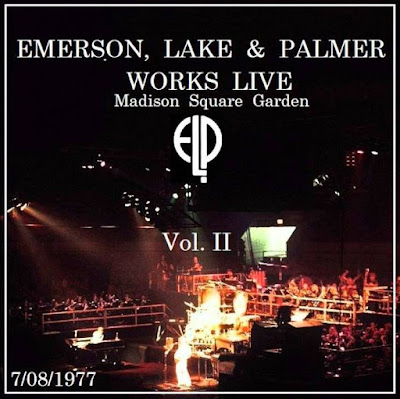