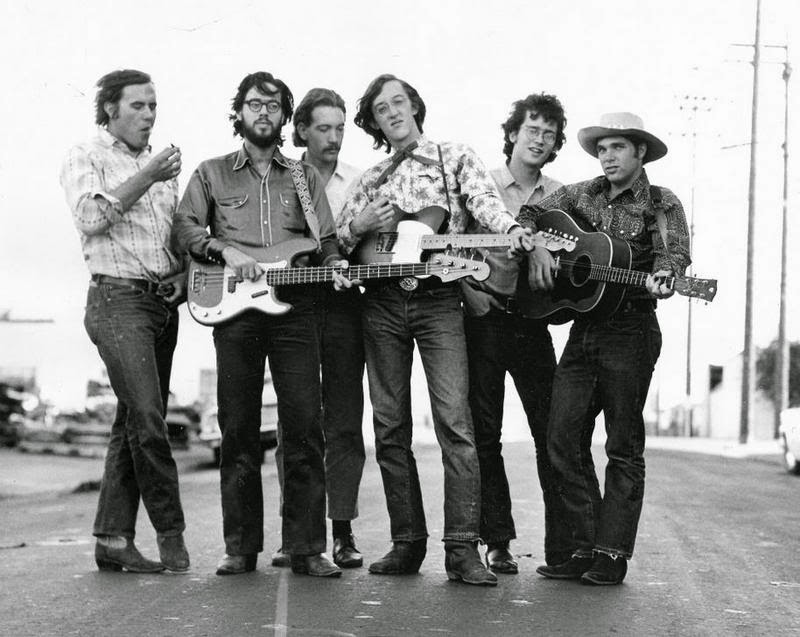 Note: This post is a replacement for a previous Commander Cody post (1973-05-28 - Rotterdam) that was originally posted in October 2014, and was removed in April 2015 due to a DMCA copyright infringement claim. What follows is the original text of the post, which introduces Bill Kirchen and Commander Cody, followed by a description of the new replacement concert.

Update: Unfortunately, the download for this replacement CC show has also been deleted from the servers after less than a week, again due to some supposed copyright claim. Thus, it appears that virtually all the decent  quality Commander Cody shows are now being stopped from being shared. Thus, I will not try to replace the links, or try to post any more Commander Cody shows for download. Sorry. But I will leave this post up for informational purposes only.

Another artist I saw this past summer was legendary guitarist Bill Kirchen. If you're not familiar with Bill Kirchen, and have any interest at all in country-rock, swing, rockabilly, and just good ol' honky-tonk rock, I strongly suggest you check him out, he is just wonderful. Bill got his start as the original guitarist for Commander Cody and His Lost Planet Airmen in the late sixties. CC-LPA was a wild, eclectic band that featured a unique mix of country, rock, Western swing, rockabilly, and barroom blues, as well as a dose of hippy drug culture weirdness. With the exception of one breakthrough hit single (Hot Rod Lincoln, 1971), the band had an exclusively cult following, as they were not generally accepted by either the rock or country mainstream at the time. Always known as a great live band, their reputation and popularity actually soared only after they split-up in the mid-seventies, as more people became exposed to and began to accept and enjoy their style and sound. This resulted in numerous releases of live recordings from their classic period (1969-1975) over the ensuing years (At least 12 live albums released!). The Commander (real name George Frayne) tried to re-capture the spirit with a new incarnation, known just as The Commander Cody Band in the late seventies to early eighties, but it was never quite the same. After Cody, Bill Kirchen went on to various other bands, projects, and solo recordings (as well as several different short-lived Commander Cody reunions), and I'll talk more about Bill's subsequent career in a later post. Today I'm focusing on those early days with Commander Cody. Although it is hard to find many high quality unofficial recordings of the original band (almost everything decent has been released in some form or another) [Ed. note: this was made even more clear with the copyright claim and subsequent deletion of the show I had previously posted here - which was a show I did not know had been released in any form - hopefully this replacement show will survive], here is a complete show from a San Francisco radio broadcast in 1971, in very fine quality, and this gives a good idea of  what they were all about, and a selection of their wild, vast repertoire, at least from fairly early in their run. Many of their best songs were still yet to come. So please, check out Commander Cody, Bill Kirchen, and the rest of the Airmen in this spirited show recording from 1971.

Sorry. Download no longer available, due to deletion from server sites, apparently due to some copyright infringement claim. No replacement available. There was no intentional posting of copyrighted material, but it appears that many CC shows are copyrighted, even if a corresponding official release is not known to exist. For more classic Commander Cody, please buy their official releases

One of the best early books about rock (and I read just about all of them before the 90s explosion of rock book publishing) was "Starmaking Machinery" by Geoffrey Stokes about a record label (Warner etc I think) trying (and expecting) to break Commander Cody in the mid/early 1970s. Still a bit under the spell of rock as against "the Man" but pretty realistic and down to the ground. Good portraits of the very diverse members of this agglomeration.

So, thanks for the Commander Cody. A band I love more for a book about them than for their music, but their music is more that OK too.

Thank you for sharing.

Ah, but where was this recorded? They give a phone number in there...we thought perhaps it was Pacific High Studios, but we looked up their number in the 1971 directory and it doesn't match.

I am a huge fan of Commander Cody shows. I have seen their several shows with my dad. Recently I attended an event at live music nyc venue and it was so much like their shows. It was just fabulous and really enjoyed it!