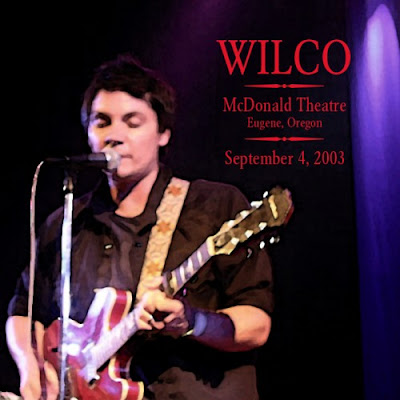 Here's some more from Wilco, this one a classic show from an earlier incarnation of the band, in 2003. This was an interesting period for the band, as they were coming off their most acclaimed and successful album, Yankee Hotel Foxtrot (2002), yet it was also a period of turmoil and transition for the band. The making of Yankee Hotel Foxtrot was wrought with tension and problems, with Tweedy pursuing a more experimental direction and sound, resulting in the the replacement of drummer Ken Coomer with Glenn Kotche, and guitarist Jay Bennet also leaving over mounting disagreements with Tweedy over the album and direction of the band. Then when the album was finished, it was rejected by their record company, resulting in them leaving and taking the album to another company before its ultimate release. So, this show came during that transition period, after Bennett left, but while rhythm guitarist Leroy Bach was still there, new addition sound and keyboard guy Mikael Jorgensen had arrived, but it was before the future additions of multi-instrumentalist Pat Sansone and lead guitarist Nels Cline (in 2004) would complete the lineup that would remain for the next 10 years and beyond, as the current lineup.  Despite the turmoil in the band, this was a very productive period, and this particular show is considered a favorite among Wilco fans, both for the high sound quality of the soundboard recording, and the wonderful selection and performance of great songs at this show. Although this show was a few months before the band head to the studio to record their next album, A Ghost Is Born (2004), they previewed 5 new songs that would grace that album, as well as featuring songs from Yankee Hotel Foxtrot and numerous songs from their previous albums in a great Wilco performance and show.

Posted by BBKron at 6:40 PM No comments: 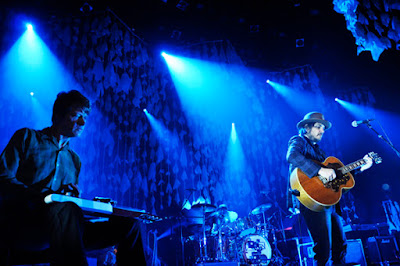 Sorry for the delays in posting, but been away alot recently and just been very busy. But here is some more Wilco, this time from the Whole Love tour in 2012, and this is one that has been a favorite for this tour among Wilco fans (according to comments in viachicago.org), so check it out. The Whole Love (2011) album was a particular favorite of mine and it's cool to hear many of those songs performed here live, in addition to the many classic songs from their catalog. So, check out some more from Wilco.

Note: These Lossless (FLAC) Files are 24-bit/48khz, higher quality than the standard 16-bit/44.1 khz sampling rate used for CDs (and basis for mp3s). Because of this, I did not convert them and  make them available as mp3s, as this is a bit trickier with 24-bit sources and I just didn't want to mess with them. However, not all players can handle 24-bit FLAC files (although Winamp can). They can be converted using Audacity or several other media players/converters, if needed, but will sound best as is. Because these are 24-bit, however, the downloads are larger in size than usual (both parts combined=1.2 GB).

Posted by BBKron at 5:41 PM No comments: