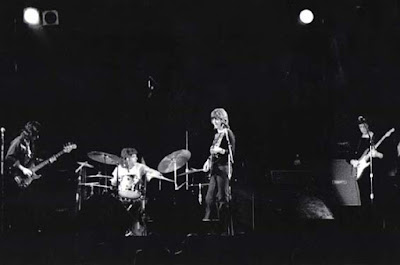 Back to Badfinger once again! During their 1974 US Tour (which was their last with Pete Ham), the band decided to take advantage of the 16-track recording system at The Agora Ballroom in Cleveland and record their 2 shows there for possible release as a Live album. Unfortunately, the resulting recordings did not turn out very good, with poor sound quality and an erratic performance by the band. The tapes were considered unsalvageable and shelved. However, when Joey Molland left the band later that year, he apparently took the tapes with him. The recordings made their way around the bootleg and collector's circles for some time, and eventually, much later, Joey re-worked the tapes himself, overdubbing and re-recording most of his own guitar work and vocals, as well as inexplicably dubbing in some sampled drum tracks (at excessive volume). Joey also re-arranged the tracks, putting all his own vocal tracks at the beginning, and pushing Pete's songs to the end. Joey convinced Rykodisc to release his handiwork in 1990 as a Badfinger album, Day After Day: Live, which was much maligned as a "live" album that did not represent Badfinger live at all. In addition, Joey did not get permission from the other band members (or families) for releasing this (or plan to share in any profits), and numerous lawsuits ensued challenging the ownership of the tapes and potential royalties, etc. The release has been mercilessly criticized by fans and critics. But the original recordings (untampered with) do provide a much more relevant look at Badfinger as a live band in 1974. Although not a great quality recording, it is a soundboard and still remains as one of the best  live recordings of the band that is available (which is sad but true). It shows the band rocking out in fine form. Although the vocals are somewhat weak and low in the mix, it still is a fine performance from the band, and one of the few recordings to feature some of the later songs from Ass and Badfinger albums. After hearing these recordings, it is not surprising that Joey wanted to re-do his vocals, as his singing is particularly weak (and off-key) in many places (but that does not excuse the mess he made of the re-dubbed album). I'm particularly glad to have 'Sometimes' represented here (which they didn't play live very often), as I think it is one of the great rockers of all time (and Joey's best song, too bad his vocals are off in this version). So, here we have the raw soundboard recordings from the March 4 concert (in correct song order) and you can hear for yourselves that even though only a so-so recording, the band shines, especially in the guitar work throughout. Unfortunately, the encores were not present on these tapes, so I have added a few additional songs from another Ohio show, from Akron in 1972, an audience recording, but not bad compared to other available shows. So, here's more live Badfinger, and as they actually were, not the unauthorized re-worked, re-dubbed, and re-recorded versions that were notoriously released as a live Badfinger album (and this recording also features more songs than were on that ill-fated album). Enjoy. 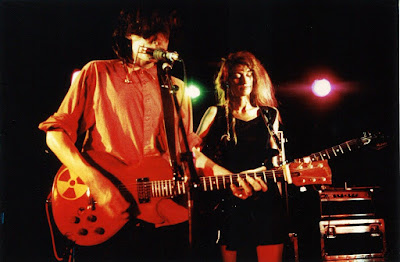 Here is a wonderful rare find. A high-quality live recording of a full-length show from the great underappreciated alt-rock band Timbuk3. Timbuk3, of course, were the duo of Pat and Barbara K MacDonald (initially backed by recorded bass/drum tracks on a boombox, later as a 4-piece band), and as I have previously said about them "Timbuk3's music featured a dark, cynical outlook combined with clever, biting wit and humor set to strong melodic tunes and quirky harmony vocals" (see previous posts), and they were together from around 1985-1995. This recording is particularly special because there are very few available live recordings of Timbuk3 (especially complete full-length shows). This show also comes from a great period for the band, following their 2nd album, Eden Alley (1988). Thus, this show features many songs from that 2nd album (in addition to their 1st) that were not played at the previous show I posted (from 1989 following their 3rd album, Edge of Allegiance, and the only other full-length live recording I know of), as well as a few additional unique songs, such as their own special version of 'I Just Want to Make Love with You' and 'I Love You'. All in all, a wonderful show, and a rare gem to add to the known recordings of Timbuk3, a sadly underappreciated band.


P.S. For those interested in Timbuk3 and what pat mAcdonald (that's how he spells his name now) has been doing since that time, be sure to check out the website for Pat's latest band, Purgatory Hill (https://purgatoryhill.com/home). It contains much info, lyrics, and music from all stages of pAt's career, including free streams and downloads of most of his recorded music as well as misc. demos, outtakes, etc. (located on his hidden listening room page here). It really is a treasure trove of his music. 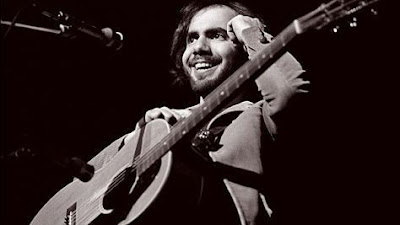 
Here's another Steve Goodman show, from his 1979 High and Outside Tour. This tour was unique in that it was his only tour with a full band (instead of just Steve with his guitar, or accompanied by a single back-up musician on guitar or mandolin). Personally, I prefer Steve all alone, where you get the full dose of his charm and musicianship, but hearing Steve with a band brings a different dimension to alot of his songs, and is certainly worth experiencing. Although the setlist here is essentially the same as the Cincinnatti concert from this same tour previously featured here, what is great about this show is that the recording is a pristine Pre-FM Soundboard, with excellent sound throughout, and that makes this just a bit more special. Enjoy anothet great show from the incomparable Steve Goodman.