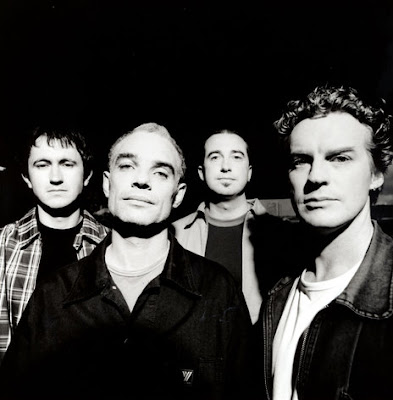 Here's a great '90's band from New Zealand, who was a big success in their native New Zealand, a moderate success in the U.K., but virtually unknown just about everywhere else. Lead by Don McGlashan (primary songwriter, guitar, euphonium, vocals), and with David Long (guitar) and Ross Burge (Drums), the band was formed in 1991. With Alan Gregg (bass, vocals) added in 1992, they recorded their first album, The Mutton Birds (1992), which garnered multiple hit singles and much acclaim within New Zealand, and remained on the charts there for over a year. Their 2nd album, Salty (1994), again received much success and acclaim around New Zealand and Australia, but little attention elsewhere. In 1995 they moved their base of operation to the UK, got a record deal with Virgin Atlantic, recorded their third album, Envy of Angels (1996) (with, for the first time, a worldwide release), and began performing extensively in the UK throughout 1997 and 1998. However, although the album again received raves, breakthrough success was still just out of reach, and they were dropped by Virgin. Guitarist David Long left in 1997, replaced by Chris Sheehan, as the band pursued another record deal, with 2 self-released albums (live and rarities) being sold at shows. Later, in 1999, Alan Gregg also left, replaced by Tony Fisher, and the band regrouped to record and release their fourth (and last) official studio album, Rain, Steam, and Speed (1999). An independently released Live album followed in 2000 amid continued touring, but that was about it for the band, with only a greatest hits collection coming out in 2002 to mark the end. Although they never quite made it outside of New Zealand, it is a curiosity as to why, because the music is very accomplished and appealing. McGlashan's poetic lyrics and poignant vocals (with a voice very reminiscent of Michael Stipe) of his achingly melodic story-songs are at the heart of the band, but the music drives the sound, ranging from jangly guitar-pop to moody alt-rock (and with the sometime addition of euphonium). They have been described as something along the lines of R.E.M. meets Crowded House, with stylistic influences from The Byrds and The Beatles mixed in, but still with a quite unique sound and style of their own. After The Mutton Birds, Don McGlashan went on to release multiple solo albums (primarily in New Zealand). In 2012, The Mutton Birds (original lineup) reunited for a series of shows around New Zealand. So, here's another quality band that deserved to be heard and appreciated by a much wider audience than they got. Check em out. Most of the available unofficial recordings are audience recordings of varying quality. What I have offered here is a couple of the better audience recordings. The Preston Guild Hall show (1997) is a nice audience recording, but is short and unfortunately only available in low fidelity (low bit rate mp3). So, I have paired this with additional songs from another show (Birmingham, 1998) to round out the set, and lastly included just a couple more songs from a 1996 show that was not a great recording (lots of audience noise), but was available at higher fidelity. Not the best quality, but more than adequate to evaluate (and appreciate) the band and their music. (For the record, I had never heard of this band either, until about a month ago, and thanks to Rob-in Brevard for posting some shows by them. But now I am a fan and will seek out more of their music.

If you like these, you can find more live Mutton Birds shows and info at dbs-repercussion blog and a religion of a kind fan website 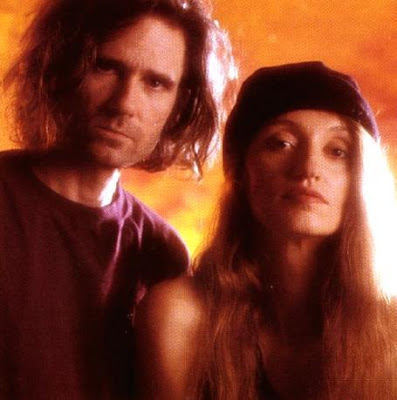 Here's more from Timbuk3! This time, from 1990, and featuring songs from their third album, Edge of Allegiance (1989). This is another excellent-sounding soundboard recording and a show that covers songs from the full prime period for the band (first three albums). This is another fine show that came courtesy of Rob-in-Brevard (Thanks Rob) to add to the high-quality available shows from this under-rated group. 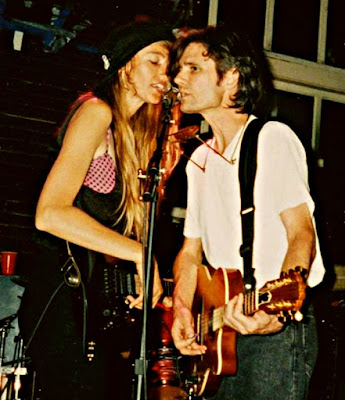 After I posted that very fine 1988 Timbuk3 show a couple weeks ago and lamented that there were so few good recordings of them available, fellow music blogger Rob-in-Brevard (who runs the excellent dbs-repercussion blog, your stop for all things dB's and related music) let me know that he had some additional high-quality shows from Timbuk3 that I had not heard, which he graciously sent over to me. And they did not disappoint. Here is one of those, from 1987, on tour to support their first album, Greetings From Timbuk3 (1986). This is an excellent FM Broadcast recording of Pat and Barbara, still in the early days of Timbuk3, where they basically play the whole first album plus a few extras. I've added a couple of additional songs (only songs different) from another similar show from around that same time.