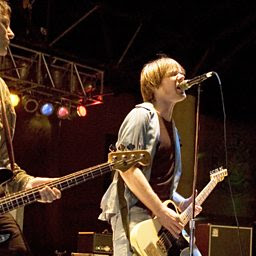 Posted by BBKron at 3:48 PM No comments: 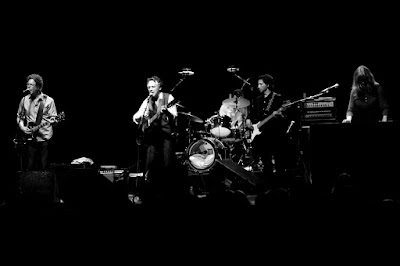 Posted by BBKron at 6:27 PM No comments: 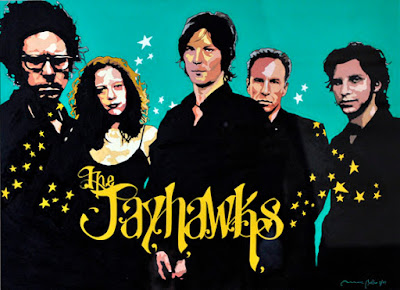 Here's some more from The Jayhawks, from a few years later. This is a great quality soundboard recording from a New Year's Eve show from their hometown in support of their Sound of Lies (1997) album. So, this was after Mark Olson left, and Gary Louris (with new guitarist Kraig Johnson) took the band a bit more toward a rock-oriented direction (and less country). This is evident right from the start of this show, with a more hard-rock-edged performance of their biggest hit 'Waiting for the Sun' (compare this with the 1995 performance from the previously posted show to hear the difference). Overall, a very good show. Note: they were opening for fellow Minneapolis band and their good friends Soul Asylum here. However, I have not been able to find a recording of the Soul Asylum portion of this show, although it must exist somewhere. Anyone have or know where to get a recording of Soul Asylum's set? 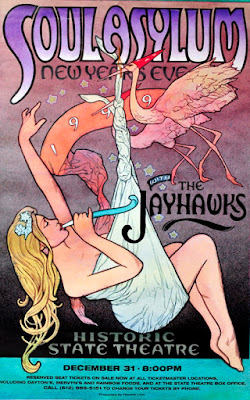 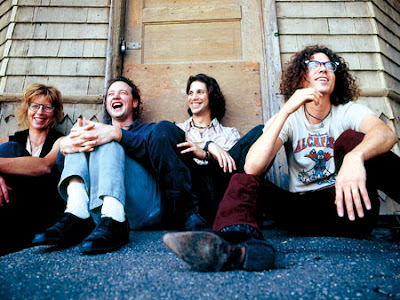 OK, I'm still on something of an alt.country kick ever since I 'discovered' Golden Smog earlier this year. So, here's some from another Golden Smog contributor band, The Jayhawks. I have to admit that I was really not familiar with much of their music previously, but I am making up for that now, and am really getting into their sound and style. The Jayhwks are a Minneapolis Area band that was first formed in 1985 by Mark Olson (guitar/voclas), Gary Louris (guitar/vocals), Marc Perlman (bass), and Norm Rodgers (drums), with Olson and Louris being the primary songwriters, and they are one of those bands that feature a strong roots, country-rock, alt.country, Americana (or whatever else you want to call it) feel. They changed drummers a few times in their early years, until Tim O'Reagan joined in 1995 and stayed, and Karen Grotberg was added in 1992 on keyboards and backing vocals. They had a couple independent releases in the eighties (The Jayhawks-1986, Blue Earth-1989), but made a big impact with their first major label release, Hollywood Town Hall in 1992, and the single 'Waiting for the Sun'. They followed that with another strong album, Tomorrow the Green Grass, in 1995. But just as they seemed to be hitting their stride, Olson left the band in late 1995 (to spend more time with, and eventually form band with, soon-to-be wife, Victoria Williams). Louris and Co. continued on, adding Kraig Johnson on guitar. This new version of the band released a couple more albums (Sound of Lies-1997 and Smile-2000) that had a less folksy/country feel and a bit more polished rock and pop influence, before returning to their more acoustic and folksy roots with Rainy Day Music (2003).  However, after subsequent touring in 2003 and 2004, the band went on indefinite hiatus as the members did various solo and other projects. In September 2008, the old 1995 lineup (with original member Mark Olson) reunited and stayed together on and off for various shows in 2009, before officially announcing the band was back together, resulting in a flurry of reissues, re-releases and compliations, and ultimately the release of a brand new album in 2011,  Mockingbird Time, which was hailed as one of the band's very best.
So, here today, I have an excellent recording of a show from their earlier incarnation, from 1995 in their prime (with Olson still in band) in support of their Tomorrow the Green Grass album. So, check out The Jayhawks from 20 years ago.