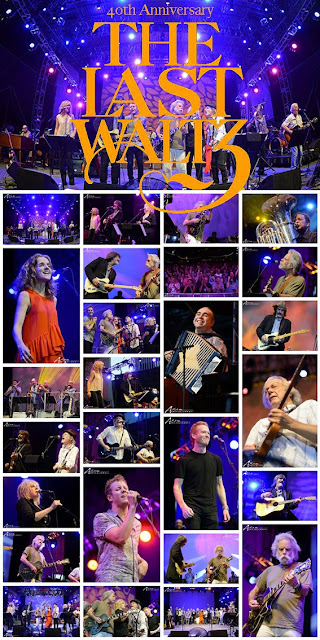 With the 40th anniversary of The Band's historic final concert, The Last Waltz, coming up this week (Thanksgiving Day), many tributes to and celebrations of one of the greatest concerts in rock history will be held all around the US. Most of these tribute shows feature primarily local artists and celebrities, but some are all-star affairs. A couple of tribute show were already held earlier his year in New Orleans, featuring Warren Haynes, Don Was, and Michael McDonald, among others. This same group also plans to take this Last Waltz 40th show on tour in early 2017. A series of shows in New Zealand feature surviving Band member Garth Hudson, along with John Simon, and a host of NZ locals. Another all-star tribute show, and one also with direct ties to the actual 'Band' was held earlier this summer at Lincoln Center, New York, where Larry Campbell and the Midnight Ramble Band, which was Levon Helm's Band for many years prior to his death, hosted a gala tribute event. This show featured a couple of performers that were at the original Last Waltz, in Dr. John and Howard Johnson, as well as guests Bob Weir, Lucinda Williams, Patti Griffith, Buddy Miller, and newcomers Anderson East and Teddy Thompson (Richard Thompson's son). It was a scaled-down version of the epic-length original show, featuring most of the best songs, done in as authentic as possible versions (such as using Allen Toussaint's original horn arrangements, etc.). Overall, a wonderful show, and here it is for you. But of course, it is still no comparison to the original. Unfortunately, I only have this in the 224 kbps version posted here (obtained from BigO Worldwide). I'm sure there are higher quality versions floating around, but for now this is the best I have. Happy Thanksgiving to all!. Of course, the original full-length The Last Waltz is also available as posted previously (here), to relive the actual concert event. 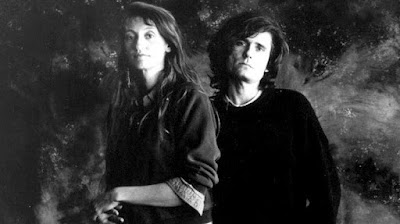 
Here's a rare treat that I only recently discovered (thanks to mediaaddict for posting this on G101 forum). This is the only full-length concert recording of the wonderful Timbuk3 that I know of, so it is great to be able to post it here. This comes from 1989, on tour in support of their 3rd great album, Edge of Allegiance, which contains even more pointed political and social commentary than their previous albums, all while maintaining that dark and edgy cynical humor. Just great stuff from a totally unique band. By this time the duo of Pat and Barbara MacDonald had added a drummer for their live shows, and would shortly add a bass as well to become a full-fledged band. But this show comes at a good time in the band's history, featuring a variety of songs from their first 3 albums (which were their best), as well as a few non-album tracks, and a revamped version (slower, darker, funkier) of their one hit single ('The Future's So Bright, I Gotta Wear Shades'). All in all, a wonderful show from a very talented (and much-missed) band.