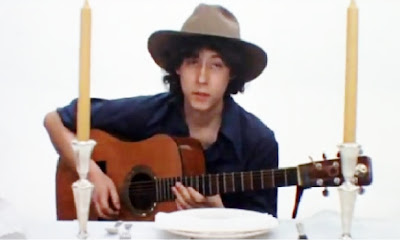 Here is a Genuine Thanksgiving Classic, Arlo Guthrie performing Alice's Restaurant Massacree. Awhile back someone in a conversation was referring to the lack of holiday-type songs for Thanksgiving. Of course, I said, well there is the quite remarkable Alice's Restaurant, and he replied, that no, that doesn't count as a traditional Thanksgiving song. Well, I don't know about in your household, but certainly in mine, Alice's Restaurant is definitely a traditional holiday festivity, we always play it every Thanksgiving, and always enjoy it very much. And hey, the song is now 45 years old, so that should certainly qualify it as a traditional classic song, shouldn't it? It is certainly a comedy classic. Anyway, so here it is, just for the Holidays, and just in case you were somehow tired of the original album version, here is a somewhat different live version (clocking in at over 26 min.), to change things up a bit. In fact, just to give you even more to be thankful for this Thanksgiving, I've included an additional, earlier live version that also is somewhat different (I'm sure every live version is necessarily different from any other), to enjoy all over again. So, here is the incomparable Arlo Guthrie, from way back in 1967, with not one but 2 versions of this beloved Thanksgiving classic. Enjoy!
Happy Thanksgiving!

Originally obtained from The Midnight Cafe Much Thanks Matt! 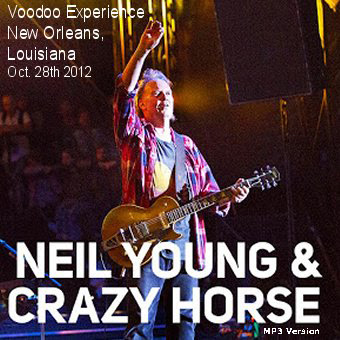 Here's some more Neil, in great quality once again, and this time featuring the full setlist (5 more songs than NY show), from the New Orleans show. We have been blessed to get several quality soundboard shows from this recent tour, so I had to feature another one that has the full show. And although the setlist has remained pretty constant on this tour, with only one or two songs changing each night, this show features one of the few times that 'Like a Hurricane' has been played this tour. I have also included as a bonus track a sensational version of 'Down By the River' from the Austin City Limits Festival show, which was the only show where that song has been played so far (otherwise, same set as New Orleans minus Mr.Soul &LAH). BTW, the previously featured NYC show was the only show so far to include 'Rockin' in the Free World'.  So, here you go, another great Neil show from the current tour, with a special bonus.

Thanks to BigO Worldwide for making this available. 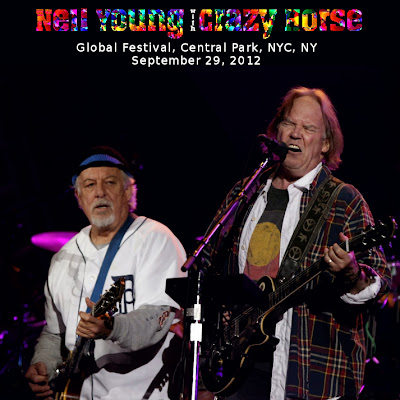 Here's some new Neil Young from his current tour with Crazy Horse, and great stuff it is. If you have not yet heard his latest album, Psychodelic Pill (double album w/Crazy Horse), or any shows from this latest tour, you really should check it out. Even if you have been disappointed with Neil's last few albums, this is definitely a return to form, classic Neil, jammin' out with Crazy Horse. Certainly not afraid to just let the tracks go wherever he wants to take them, and just releasing them that way, there are 3 tracks that clock in at over 15 minutes each (and 1, Driftin' Back, at over 27 min.). In this concert recording, an excellent quality broadcast from the Global Citizen Festival in Central Park, although it is a shortened festival set compared to his full-length concerts, Neil mixes in some of his standards with new tracks ('Born in Ontario', 'Walk Like a Giant', 'Twisted Road'), and the tone is clear, with Neil and his favorite veteran band, just tearing through these songs like they were half their advanced age. There's no question that Neil's still got it, and then some, and it is great to hear him carrying on like this, still with such passion, skill, and clarity. 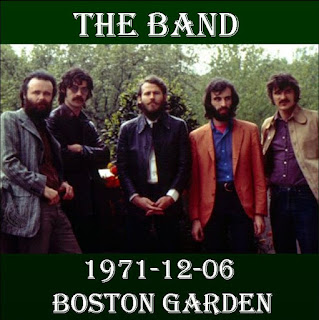 
While I'm going back and posting stuff from the 'classic' bands featured on this blog, here's another great show from The Band, that has relatively recently surfaced, and is not as readily available as other shows. The recording is pretty good, although not all that great (certainly no comparison to the great recordings from this time period in 'The Academy of Outtakes' boot previously featured here). But the show itself is great, and well worth hearing for Band fans.