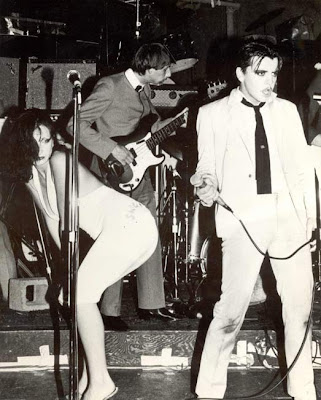 While I'm covering great, quirky, unique, but sadly short-lived '70's bands (such as the Fabulous Poodles), Here is an early radio show from Deaf School, a band that was great fun while they lasted. Started from a group of art-theater students in Liverpool, Deaf School combined a dizzying array of eclectic influences, from 1930's melodrama, musical theater, 50's schmaltz, 60's pop and jazz, and 70's rock, to create a truly unique style and sound. Their first album, Second Honeymoon, is just delightful, and works both as a great pop album, and as sonic theater. This show was recorded some time in early 1976, prior to the release of their first album (apparently was recorded while they were in the process of recording the album, probably around April-May, 1976). Although a short set for the radio show, it nonetheless showcases several of the songs that would be on their upcoming album. Also included is a bonus track of a demo of an unreleased song featuring an even earlier incarnation of the band. I got this from the website of Ian Ritchie, who was the Sax player for the band. I hope more people can find out about and enjoy the music of this excellent, but unsuccessful band. Of note is that apparently, the band is much more popular now than they ever were. In recent years they reformed (with almost all of the original members), and have had several successful tours and reunion shows. 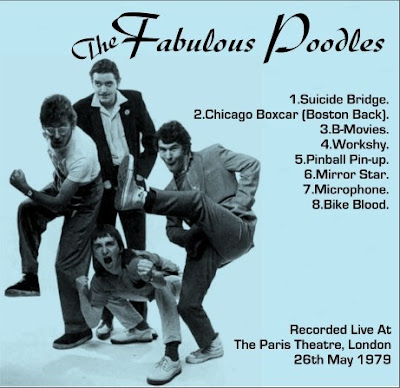 Here's an all-too short, but very sweet BBC radio show from the Fabulous Poodles, a great, but very short-lived late '70's band. These guys had a great sound that was a combination of early Kinks and The Who, mixed with 50's kitsch and 70's new wave, and clever, witty lyrics. That's right, not only did they sound great, but they were funny, too. Just a great, original, and overlooked band. This way-too-short show highlights some of their best songs, but leaves out so many more. Still, great to have any live recordings of the band (still looking to find their other, longer radio broadcasted shows from 1979). So, check out the poodles, you'll be glad you did.