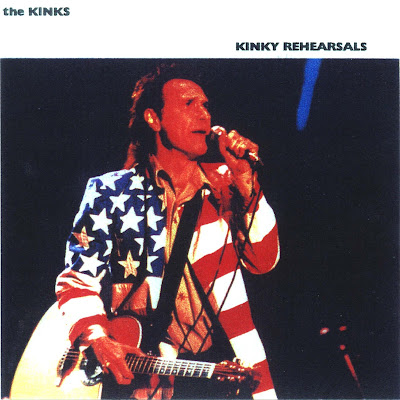 
This is from a rehearsal session prior to one of their early '90's tours. The date is not known and has been speculated as being anywhere from 1989-1994. Most sources list it as 1993, but is not really known. It is clear that it is a rehearsal, as the informal session consists of many partial songs, instrumental run-throughs, or vocals added only in bits and pieces here and there. This edited tape of the session (between song talk, misc., etc. removed) was reportedly leaked by a sound engineer or someone else that was there. The source is a CD Bootleg called 'Kinky Rehearsals". It's an interesting and unique look at the band, and they do (at least parts of ) a wide range of songs from all phases of their career, some with quite different arrangements. However, since it is a rehearsal, and does not have concert quality performances, it is mainly of interest to dedicated fans, and not casual listeners.