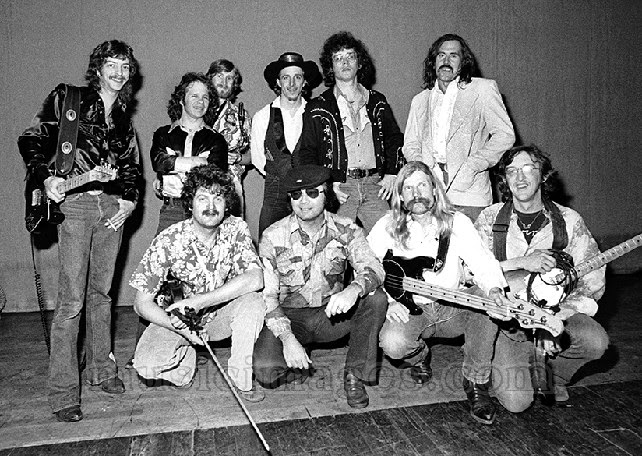 Here's one more show from the original Commander Cody and His Lost Planet Airmen. This very good quality radio broadcast recording, from a couple years later, in 1975, once again features mostly different songs from the previously posted shows. This show features some of their newer (at that time) songs, and some of their very best, including 'Don't Let Go' and 'Too Much Fun', a couple of all-time classics. Although this was near the end of the original run of the band, they were a really sharp, polished, and ultra-hot band by this time, putting on some of their best performances. Commander Cody tried to continue and/or reassemble the band in various incarnations and multiple reunions over the years, with various degrees of success, but this would mark the final days of the original, true CC and HLPA. But then, guitarist Bill Kirchen would also go on to his own level of success and acclaim as the 'Titan of the Telecaster' in the coming years. More on Bill coming up. For now, enjoy this final gem from the incomparable Commander Cody and His Lost Planet Airmen.

Thanks for the postings, still keep dropping by to see what's on offer. Take care, and I know it a bit early but, Merry Christmas.