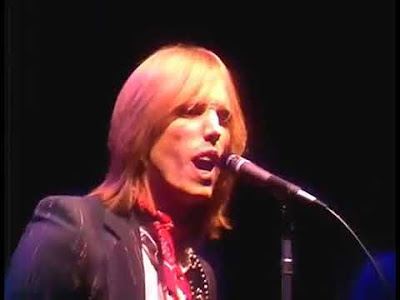 What a year it has been. A year with much upheaval, and, once again, the loss of so many iconic rockers. Just since October and the incomprehensibly tragic and unexpected death of Tom Petty, when I started this tribute to him and his fantastic contribution to rock music, there have been several more deaths of outstanding rock musicians. From Fats Domino, to more recently and unexpectedly, power pop sensation Tommy Keene, and Smithereens singer-songwriter and frontman, Pat DiNizio, all major losses to the music world. But, as always, their music will be remembered and live on, and for the rest of us, time keeps moving, and we must keep moving on too, to the new year.

Continuing the tradition of featuring classic New Year's Eve shows for New Year's Eve, and this year also continuing with our Tom Petty tribute, here is the only Petty NYE show recording I know of, and it is a great one. This one goes back to 1978, and, in addition to it being a NYE show, it has some unique features that make it extra special. Remember, this came at a time when Petty was still working on the album that would be his real breakthrough, Damn the Torpedoes, but also would be much delayed in its release due to Petty's issues and legal problems with his record company (resulting in lawsuits, Petty's bankruptcy, and refusal to back down - see previous story related to this time). This show features previews of 2 new songs that would be on the new album (which would not be released until late 1979), 'Casa Dega' and 'Refugee', and of special note is that this is one of the only times 'Casa Dega' was ever played live at a Petty show (it was not included in the setlists of any shows post-album release). Another rarely played song featured at this show was 'Mystery Man' from their first album. So, here is a great NYE show featuring some rarely played gems in addition to the usual high-quality Petty songs and jams from this time. Since this show was relatively short (about an hour), I've added a couple more songs from the 1977-11-11 Capitol Studios show (in superb quality - 4 songs from this show were previously featured with the 1977 Record Plant post).
Wishing everyone a very Happy New Year, and a hope that 2018 is better than 2017.

Thanks for continuing to honor Tom Petty with these outstanding shows,you are right the music world has lost so many in the last few years.but Toms death has been by far the most devastating and painful,keep em coming.thanks again