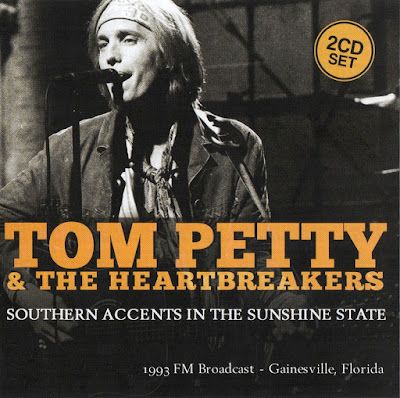 As promised, here is the Updated-Upgraded version of this show. I previously posted this show several years back (in 2012). It was the complete show, but it was only available as Mp3 and at 256 kbps. So, as part of this look back at Tom Petty's magnificent career, here is a new version of this show, now available in both Lossless (FLAC) and improved Mp3 (at 320 kbps). This is an excellent quality FM broadcast recording of the full concert (many of the available recordings are only partial, as it was usually broadcast that way (such as Westwood One shows), especially in subsequent broadcasts), however, it is not from the same source recording as the previously posted version (as I could not find that exact recording available in Lossless), so I am keeping that other version available for those interested in that recording (both are excellent). This one did have a couple issues that I had to sort out before posting, as detailed below. But overall, great show, great recording, and now available in FLAC as well as Mp3. Enjoy!
Note: This may be one of the last shows where Stan Lynch played drums for the band, as he left around this time. Also, this was when multi-instrumentalist Scott Thurston first started joining The Heartbreakers on tour to fill out their live sound: not yet officially a Heartbreaker, but would become a consistent presence on stage and eventually in the studio with the band.

Notes on recording issues: First, it had a tape-flip gap of about 21 seconds in 'Free Fallin', that I could not let stand. So, I spliced in the missing section from the readily available Pre-FM Westwood One recording (see if you can hear it). Also, this version of the show left out 2 songs, 'Something in The Air' and 'Lost Without You' because versions of them had been released in other live recordings. I have restored 'Something In The Air', again from the Westwood One recording, but didn't have a FLAC version of 'Lost Without You', so that is only available as mp3 (from the previous recorded version). 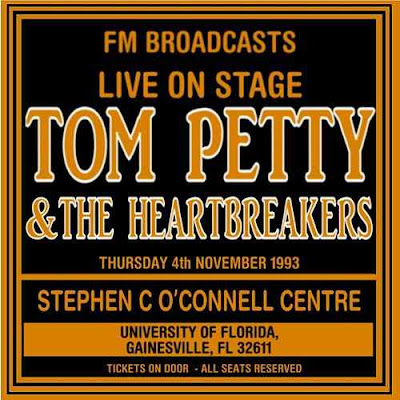 Keep em comin,I could listen to Tom Petty forever.In the last several years we have lost so many greats.David Bowie.Lou Reed,Glenn Frey,Prince,Leonard Cohen,Paul Kantner.Gregg Allman and many more.Pettys death hurts more than the rest by a mile.Maybe its because he was just a regular guy like most of us.Tom never cared about fame and never considered himself better than anyone else.He just lived for the music and cared deeply for his many fans.The final tour apparently he was in tremendous physical pain with a fractured hip.but kept it going out of loyalty to his fans and the promoters.He also mentored younger bands and artists as well as contributed to many charities such as the homeless which was very personal for him.There will never be another Tom Petty as an artist and a human being.His loss is imeasureable .

Thank you, especially for this one, and for all the Petty shows. Thank you also for the accompanying posts -- I'm compiling the texts for a nice overview of his career to go with my collection. It's cool to know where he was at, professionally and artistically, to better dig each show.

This one likely will get distributed -- you should credit yourself in the txt file for the patching.