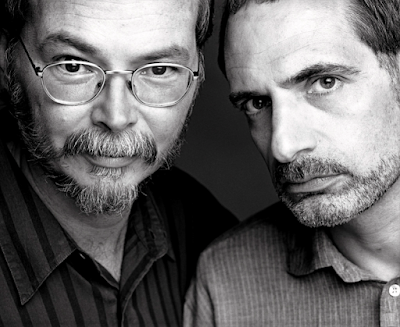 More Steely Dan! Here is a unique show from their 'comeback' or 'reunion' tour of 1993. In fact, this was the very first show of the tour, so this was the first glimpse audiences got of this new version of Steely Dan, what I refer to as Big Band Dan. Thus, this was the first actual Steely Dan live concert in almost 20 years, and 13 years since Fagen & Backer broke up and went their separate ways. So, this was a historic night. But, in addition to that, this show contained several unique songs that were not continued in most subsequent shows (some never played again anywhere), so this is an especially unique show. First, a little background here. Now, this was at a time when they were both more focused on their solo albums (Steely Dan wouldn't record a 'new' album for another 7 years). Don had recently released Kamakiriad (1993, and produced by Becker), and Becker was getting to release his first solo album (11 Tracks of Whack, 1994, and produced by Fagen). So, it is not surprising that the boys wanted to feature a good chunk of their solo tracks. But at this 'Kickoff' show, they played a whopping total of 12 songs that were 'solo' tracks (7 of Fagen's, 5 of Becker's), which was actually more than the number of Steely Dan songs featured (10, not counting the orchestral instrumental tracks). And I'm sure they rather quickly (within the first few shows) realized that the fans were there to hear Steely Dan songs and not so much their relatively unknown solo tracks, so the setlist was adjusted to drop some of the 'solo tracks' and put back in some popular 'Dan' tracks, which they did for the remainder of the tour (and all subsequent tours). But it does mean that this show featured songs not played at any (or at least only a few) other shows ever again. Becker's 'Cringemaker', 'Our Lawn', and 'Girlfriend' were dropped never to reappear ('Book of Liars' and 'Fall of '92' were kept throughout the tour), and 'Our  Lawn' and 'Fall of '92' were never released on any albums, so are true rarities. Thus, this show also featured more Walter Becker songs than any other Steely Dan show ever, so it also is an appropriate show as a tribute and memorial to Walter. Fagen dropped 'True Companion' (obscure track from the film Heavy Metal) and 'Trans Island Skyway' and 'Countermoon' (from Kamakiriad), but keeping 'IGY' & 'Green Flower St' (from Nightfly), and 'Teahouse on the Tracks' (from Kamakiriad) for the remainder of the tour. So, many rarely played tracks and oddities here to enjoy. The audience recording is good (but not great) quality, not up to the SBD standards of other available shows, but still good and very enjoyable. BTW, the 'Dan' songs they added in subsequent shows after dropping the 'solo' tracks were 'Home at Last', 'Babylon Sisters', 'Reelin' in the Years', and 'Peg'. For an example of the later shows on this tour, check out the St. Louis show, previously posted here.Enjoy!

I've never followed any Steely Dan outside of their studio LPs so this is a new experience for me. Thanks BB for sharing your concert recording with all Steely Dan fans :)

Many thanks! Chris Potter has now become the finest living Jazz sax player - Sonny Rollins is no longer active