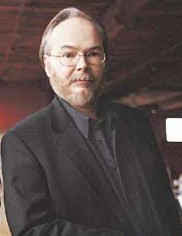 Just heard the shocking and sad news that Walter Becker, of Steely Dan fame, has died today, at 67. No details yet on cause of death. He previously missed the recent Steely Dan appearances at the Classic East and West shows, where music partner Donald Fagen just reported that he was 'recovering from a procedure' without giving any further details. But no one knew or thought that his illness was life threatening. Becker, of course, was one half of the duo at the creative center of Steely Dan for all these years, playing guitar and bass, and the songwriting partner with Donald Fagen (all Steely Dan songs are co-written by Becker and Fagen together, perhaps the greatest songwriting duo since Lennon-McCartney). Steely Dan was one of the greatest rock bands of all time (if you could even call them 'rock', or a 'band' even, as Becker and Fagen were the only constant elements that defined the group, with the rest of the musicians a constantly changing mix of professionals and session musicians). They were unlike any other group, before or since, with totally unique songs, sound, style, and outlook, with their musical sophistication, rhythms, and perfect arrangements and instrumentation, and their savagely biting wit, cynicism, inscrutably hip, oddball lyrics. They certainly are one of my favorite groups, and have been an important influence in my life.
Becker first met Donald Fagen while both were students at Bard College in Annandale-on Hudson, New York, in 1967, and the two found they had many common interests, musical and otherwise, and began a collaborating as a songwriting duo. In 1971, they moved to California and together started the band Steely Dan, with Don on keyboards and vocals, Walter on bass, and guitarists Jeff "Skunk" Baxter and Denny Dias, and drummer Jim Hodder. They soon attracted interest from record companies, with their unique sound and style, but initially were not comfortable with Donald's eccentric vocals (not commercial they said) and wanted to try other singers (hence addition of David Palmer on first album). After an unsuccessful single release ('Dallas'-1972), their first album, Can't Buy a Thrill, was released in 1972, and resulted in multiple breakthrough hits ('Do It Again', 'Reelin' in the Years', 'Dirty Work'), firmly establishing the band. By their second album, Countdown to Ecstasy (1973), which I would maintain was their crowning masterpiece, they grew even more creative, even though it's more quirky excellence was not as radio (hit) friendly. Following Pretzel Logic (1974), Steely Dan went on their only full tour as a headlining rock band (previous touring in '72 and '73 were mainly as opening or supporting act), and produced the terrific 1974 shows. However, after this, Becker and Fagen decided to stop touring and concentrate on studio albums (as Fagen did not like touring and performing live anyway, and they both thought it negatively affected their ability to make great albums). At this point, they began bringing in more guest artists and session musicians, and increasingly incorporating a more jazz-influenced sound, and essentially dissolving the 'band', leaving just Becker and Fagen with numerous and various session musicians for the recording sessions, and no subsequent touring. Fagen and Becker were also notorious perfectionists in the studio, demanding take after take of their musicians, until the sound was perfect. This lead to a trio of successful albums from 1975 to 1978, Katy Lied, The Royal Scam, and Aja. But during the recording of their next album, Gaucho (1980), numerous problems, stresses, and difficulties (including Becker being badly injured getting hit by a Taxicab, in addition to a growing drug addiction), leading to the eventual dissolution of the group in 1981.  During this break-up, Becker moved to Hawaii (to deal with his addiction) and eventually began producing other's albums (including Michael Franks, Rickie Lee Jones, and China Crisis). He also eventually got back with Fagen for his Rock and Soul Revue Show in 1991, which then lead to the full-fledged Steely Dan Reunion and tour in 1993. They have basically been touring ever since, and released new albums in 2000 and 2003 (Two Against Nature, Everything Must Go). I have previously featured several Steely Dan shows from throughout their history, but I have many more, and will probably feature a few more in the next few weeks. But today, in honor and tribute to Walter Becker, here are some demos and outtakes from the recording sessions for Walter's first solo album, 11 Tracks of Whack, from 1994 (which was co-produced by Fagen and Becker, and featured Fagen on keyboards on some tracks). Here are several demos of songs that are on the albujm, as well as some outtakes of tracks that did not make the album, and were never released. Although not quite up to Steely Dan standards (mainly due to Walter's limited vocals), there are several gems here, and this collection nonetheless displays Walter on his own, doing his own music. Certainly much in the same style as Steely Dan, but also some notable differences, and well worth checking out Walter as separate from Steely Dan. So, here's to Walter Becker, a giant in the music industry, who will be greatly missed, but not forgotten, as his music will stand forever.

"Book Of Liars" is one of my favourite tracks by a Steely Dan man. Thank you for this.

11 Tracks is a great favorite of mine, so thanks in advance!

Thanks for all of your wonderful music files. especially appreciate flac format.

wanted to relate that Walter Becker's widow Delia (in Rolling Stone) revealed his cause of death was an aggressive esophageal cancer. "Walter passed peacefully in our New York City home, surrounded by his family, his music, and a blustery rainstorm — one of his favorite sounds — blowing outside the window. ... It's important to me, as it was to Walter, that you all know he never intended to keep anyone in the dark about his condition. He just ran out of time much sooner than any of us thought possible. Thank you, everyone, for helping me and his loved ones know that Walter's mark on the world — and on all of you — will not soon fade."

I'm sure we all respect her feelings. rip Walter.


That's a lovely goodbye of Walter Becker by his widow, Delia, thanks for sharing it. And thanks once again, BB, for sharing this collection of Becker's outtakes.