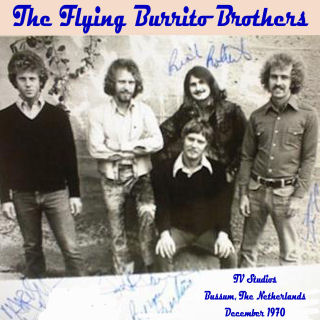 OK, since I don't have a recording of the Flying Burrito Brothers early show from the 1970-09-19 Whisky set to wrap up this string of shows, here is another short FBB set from around the same time, a couple months later, from a dutch TV broadcast, in good quality, featuring the same FBB lineup, and a completely different setlist (only Colorado duplicated) from the Whisky show previously posted. Once again, this one comes courtesy of Rocking-Byrd (Much Thanks!). Enjoy.

And you'll soon see this one too appearing on Pink Robert's site, with no credits given. Oh well...

RockingByrd, BB & David, thank you so much for making all of these amazing shows available to us. Without you, I have no way to take the trips in to the past and experience all the joys of the Gene Clark, Byrds, Flying Burrito Brothers shows.