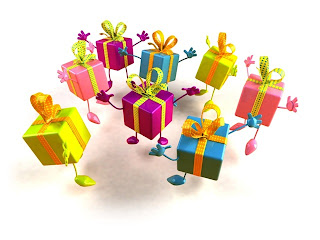 As one of those year-end event kind of things, here is a rundown of the most popular downloads on the blog. Not surprisingly, the list is comprised mainly of the biggest name acts I’ve posted, such as Neil Young, The Kinks, Genesis, The Who, etc., but there are also several surprises on the list. For example, I was quite surprised that boots by Procol Harum, the Band, and Jackson Browne also made the list. All of these have been downloaded more than a thousand times, which at least for this blog, is quite a lot.
Neil Young – A Perfect Echo (live rarities compilation) vol.1-4 (8-CD) vol. 5  vol.6
Genesis – Reunion Rehearsal 1982-9-29
Procol Harum – Easter Island 1969-03-15
Neil Young – Piano Songs
Neil Young – 2008 Winter Tour and Summer Tour Compilations
The Band – Academy of Outtakes 1971-12-28-31
The Band – The Complete Last Waltz 1976-11-25
Supertramp – 1975 BBC Concert
Jackson Browne – Criterion Demos
The Kinks – 1969 – Fillmore West
The Kinks – Rare Anthology Vol.1 & Vol. 2
The Kinks – Ultimate Compilation of Great Lost Kinks Album Rarities (BB-X)
The Who – This Old Lifehouse – Bootleg Compilation (BB-X)
Buffalo Springfield –The Missing Herd
BTW - BB-X indicates my own exclusive compilations, only available here.
In addition, here are several other great quality downloads, that although were not among the very most downloaded still received substantial activity (over 500 downloads each), and it was great to see somewhat lesser-known artists like The Guess Who, Little Feat, Little Village, Rockpile, and Nick Lowe get this much attention. and these are just great shows, so here are some of those downloads, too.


Next up, I'll feature some other downloads, hidden gems, that may not have been as popular, but are well-worth seeking out.
Posted by BBKron at 11:45 AM