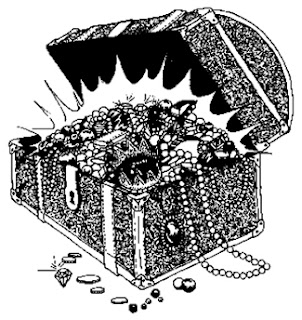 Ok, I already featured the most popular downloads. These are among the least popular downloads on the blog, but are all really excellent shows, recordings, and performances, that are just by artists that may not be as popular or well-known. I highly recommend each of these. So, if you take the time to download and listen to them, I think you will really enjoy them. C'mon, check out these lesser-known buried treasures.

Easily one of the least downloaded artists that I have featured on this blog is Ben Folds. I was shocked by this, because he is so talented and the music is great. If you haven't heard him, you should check out at least one show. So, here is probably the best of the Folds downloads. It is a great recording (from an XM satelite radio broadcast that features Ben and his piano in a more intimate setting) and a great showcase for some of his more introspective songs. if you like this, be sure to check out his other stuff here.
Ben Folds - 2005-12-29  Loft Sessions

Many have downloaded Joe Jackson's 1983 Rockpalast show, but only a fraction as many have downloaded this excellent soundboard recording from what I believe is Joe's best album and tour (Big World - 1986). So, here's another chance to hear Joe at his best. go ahead and compare it to the 1983 show.
Joe Jackson - 1986-10-21 - Tokyo


The Fabulous Poodles were just a great, but short-lived band from the late '70's. If you like The Kinks and early Who, you should appreciate these guys music, style, wit, and wisdom. I wish I had more live stuff from these guys, but for now, all I can offer is this short radio show, but it is a decent introduction to the band.
Fabulous Poodles - 1979-05-26 London

Ian Gomm started out with Brinsley Schwarz (which also featured Nick Lowe). His first couple solo albums were pop gems, then he faded away. Check out this fine FM show from his only US tour.
Ian Gomm - 1979-11-21 SF

Earlier this year I featured several shows and compilations from the great singer-songwriter Steve Goodman. In the last Goodman post, I indicated that if you only downloaded one of his shows to check him out, that it should be the 1982-3 Houston show, which was a great recording and included some of his most clever songs. Well, evidently, few people listened to me, because this show downloaded less than most of the other Goodman shows. All of the Goodman shows are gems, but this one probably is the best overall, so please, if you haven't already, check out one of the all-time greats at what he did, Steve Goodman.
Steve Goodman - 1982-03-02 Houston

Ok, there you go, just a few of the great hidden Gems / Buried Treasures posted on this blog. Some of the lesser-known stuff, perhaps, but great nonetheless.

Happy New Year Everyone!
thanks for your interest and support. I'll be back next year with more new stuff.
Posted by BBKron at 5:27 PM

Have to agree with you about the Steve Goodman show. Downloaded it at the time of the original posting and commented then.

This is a must have and I especially like having Jethro Burns with him.

This is a great idea! Especially with so many posts to dig thru....thanks!

Just caught up with your Hidden Gems of 2010 and I was frankly amazed...who wouldn't want to hear more Steve Goodman and Ben Folds in their lives, especially sweet gig such as these?

My belated resolution for 2011 is to pay more attention to thefine sound you're layin' down...