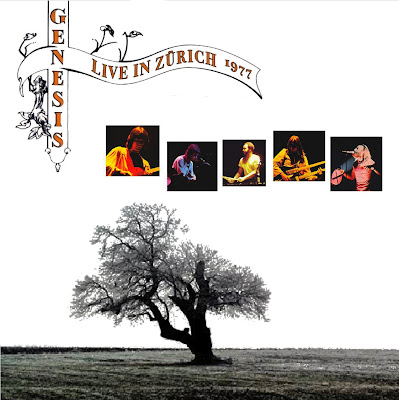 Here is another excellent show and recording from the 1977 show, generally considered to be the best available from this tour. This show was from near the end of the tour, and included some memorable songs that were not played at earler shows, with the great but rarely played 'Inside and Out' being the most significant. This particular recording version is a slightly modified version of a great bootleg known as 'Zurich Revisited', which was released some years ago by The Digital Brothers who did a great job merging two sources (soundboard and audience) to create an incredible sound matrix, restoring the live atmosphere that the raw soundboard was missing. This 'enhanced' version (version 2) corrects a few minor problems with audience noise interfering with introductions, some other minor problems, and also adds several additional songs from other shows that were played earlier in the tour, but dropped from the setlist for later shows. Thus, the whole experience (all the songs) from the tour are included in excellent sound quality.

Just a quick 'Thanks' for an excellent blog. Your hard work is very much appreciated. All my best to you and yours.
Terry Miles
Sutherland, Iowa, USA
(God's Country - NOT!)

I listened to this work on youtube & I was stunned. I live in Argentina and I'd like to have it in my genesis collection, Is there any possibility of still buying it? Is there anywhere I could find it to be shipped? Thanks for the info in advance and any blog talking about genesis is eagerly read here.