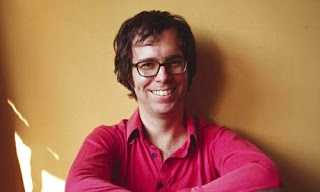 About a month or so ago I saw Ben Folds in concert, and I was mightily impressed. The songs were great, the performance was great, just a great experience. I have to admit that I had not followed him or his music over the last several years, and was only vaguely familiar with just a few of his songs. I had seen him years ago, in the early days of the Ben Folds Five (they opened for Neil Young back in 1996), and at that time, I thought they were interesting, but I apparently wasn't interested enough to buy their albums or follow their music. In the years after BFF broke up, I knew that Folds had made a couple solo albums, but never heard much from or about them. I did see just a part of the Austin City Limits he did a few years ago and liked what I heard, but again, did not follow that up by looking closer into his music. Anyway, when I had the chance to see him in concert recently, I took it, and am thrilled that I did. And since that time, I have immersed myself in the music of Ben Folds, buying the CD's, getting whatever concerts and recordings were available from the internet, etc. I guess my point here is that I can't believe that I went all those years without knowing about the genius of Ben Folds, that he made all this great music that I was not even aware of. Folds may just be the best craftsman of pop-rock melodies of this generation. His songwriting and performing skills are extraordinary. Now, I know that many of the biggest fans of BFF are not as keen on his solo albums, but I have to disagree, and, as good as the BFF albums are, I much prefer the solo years. His songwriting has grown and developed (matured?) over the years, as has the production of the songs and albums. In fact, I think that his 2001 album Rockin the Suburbs is a bonafide pop-rock masterpiece, with virtually every song on it a veritable gem, and the album itself a model of great songwriting, musicianship, and impeccable pop production. His next album, Songs For Silverman (2005), is equally great, and contains some of his very best songs. His subsequent albums, while not as consistently brilliant, have been very good, each containing a half dozen or so great, killer songs. Even his song contributions to such side projects as the 2006 animated film 'Over The Hedge' were superb (In fact, I first heard the song 'Rockin the Suburbs' from this film, and thought that it was written for the movie - BTW, the film version has completely different lyrics, and I must say, I actually prefer the film version lyrics, with it's witty put-downs of suburban life, although the William Shatner spoken rant gets a bit annoying after a few listens). Anyway, I have become an ardent fan of Ben Folds now. And, although I know he has many dedicated fans, there are also probably alot more that were like me, and not fully aware of just how good he and his music are. So, over the next couple weeks I will be featuring a number of Ben Folds concerts from all throughout his musical career here, in the hope that people will listen to and discover what a great talent he is. One minor complaint about Folds, however, and one that people should be aware of before they listen to him, and that is that he does have a penchant for cursing, both in his song lyrics, and even more so at his live shows. and the cursing can come up suddenly and unexpectedly in some cases (there are some songs that I listened to many times - and played for my kids - before I realized they contained some really inappropriate and unnecessary profanity). Now, although not a big deal, to some degree this is unfortunate, because he is far too creative to have to rely on profanity to make his points, and I know that there are many that would just be turned off by it and not want to listen to him because of it. Anyway, just be warned that if you are especially sensitive to foul language, there may be some offensive language used sporadically throughout his shows. But aside from that, the music and performances are marvelous. Hope you enjoy these.
Posted by BBKron at 5:55 PM