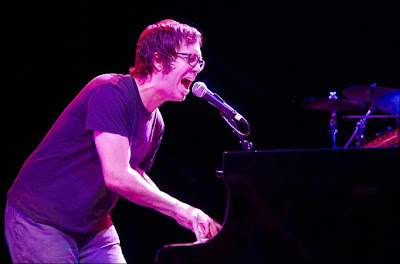 Here's an excellent, almost complete (second song 'Gone' was not included in broadcast, and thus not included here) 2005 full show (w/Band) with great sound from a radio broadcast. Features numerous songs from the then-new album Songs for Silverman as well as a great assortment of songs from Rockin the Suburbs, his EP's, and Ben Folds Five faves. As always with Ben's shows, Explicit language warning. Thanks to Honest Abe at the Mystic Chords of Memory (now defunct) for this show.