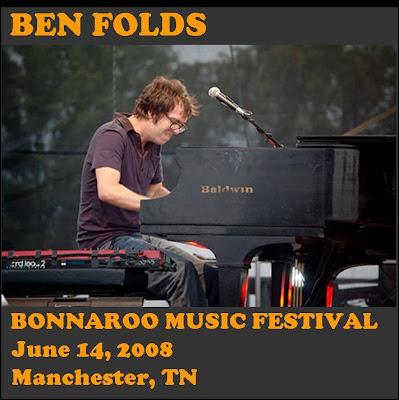 Excellent, rousing Ben Folds performance from Bonnaroo 2008. Introduces some new songs from the then yet-to-be released album Way to Normal, as well as a great assortment of Folds classics. He also tried to retire performing his profane pop cover of Dr. Dre's 'Bitches Ain't Shit' (saying it would be the last time he performs it) at this show. However, in subsequent performances for his most recent tour (Way To Normal), audiences just wouldn't let it die, often requesting it, so that Folds does still perform it when coerced. Note: explicit lyric warning and some general cursing throughout.