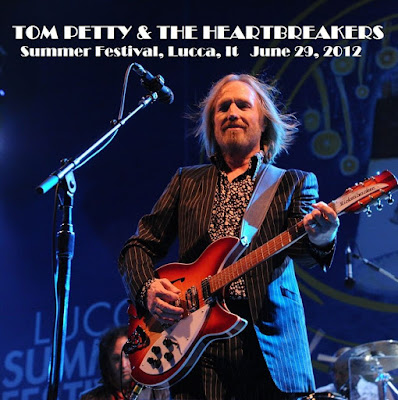 When we last left Tom, he was on a brief tour with his re-vamped old group Mudcrutch, following the release of their album, in 2008. Following that Spring mini-tour, Tom returned to The Heartbreakers for a more conventional tour with The Heartbreakers throughout thwe rest of 2008. In 2009, they head to the studio to record a new album, Tom's first with The Heartbreakers in nearly 8 years (Last DJ). But for this new album, Tom had a little different plan. This would be more of a bluesy, R&B-oriented record, with a looser structure, more jamming, and recorded as much as possible as Live in the studio (no layering, overdubs, etc.). The result was Mojo (2010). The response to the album depended on what style of Petty you preferred, those that like the bluesier style loved it, while those that like more catchy hooks, harmonies, and choruses, were less impressed. The band toured through the summer of 2010 in support of the album, and hen released a single-disc live album from the Mojo tour in 2011, Mojo Tour 2010, but otherwise, pretty much took 2011 off from recording and touring. They returned to the road in 2012, for both a US and European tour. Here is an excellent-sounding soundboard recording from a summer festival in Lucca, Italy. Overall, the setlist is fairly routine, but does include a few unique features, including 2 new songs from Mojo ('Good Enough' and 'I Should Have Known It'), bringing back a couple older songs that hadn't been played in awhile ('Here Comes My Girl' and 'Something Big', and one rare song, only played live, and only at a handful of shows, 'Two Men Talking', a rarity designed for jammin' and solos. Overall, another great show worth hearing.