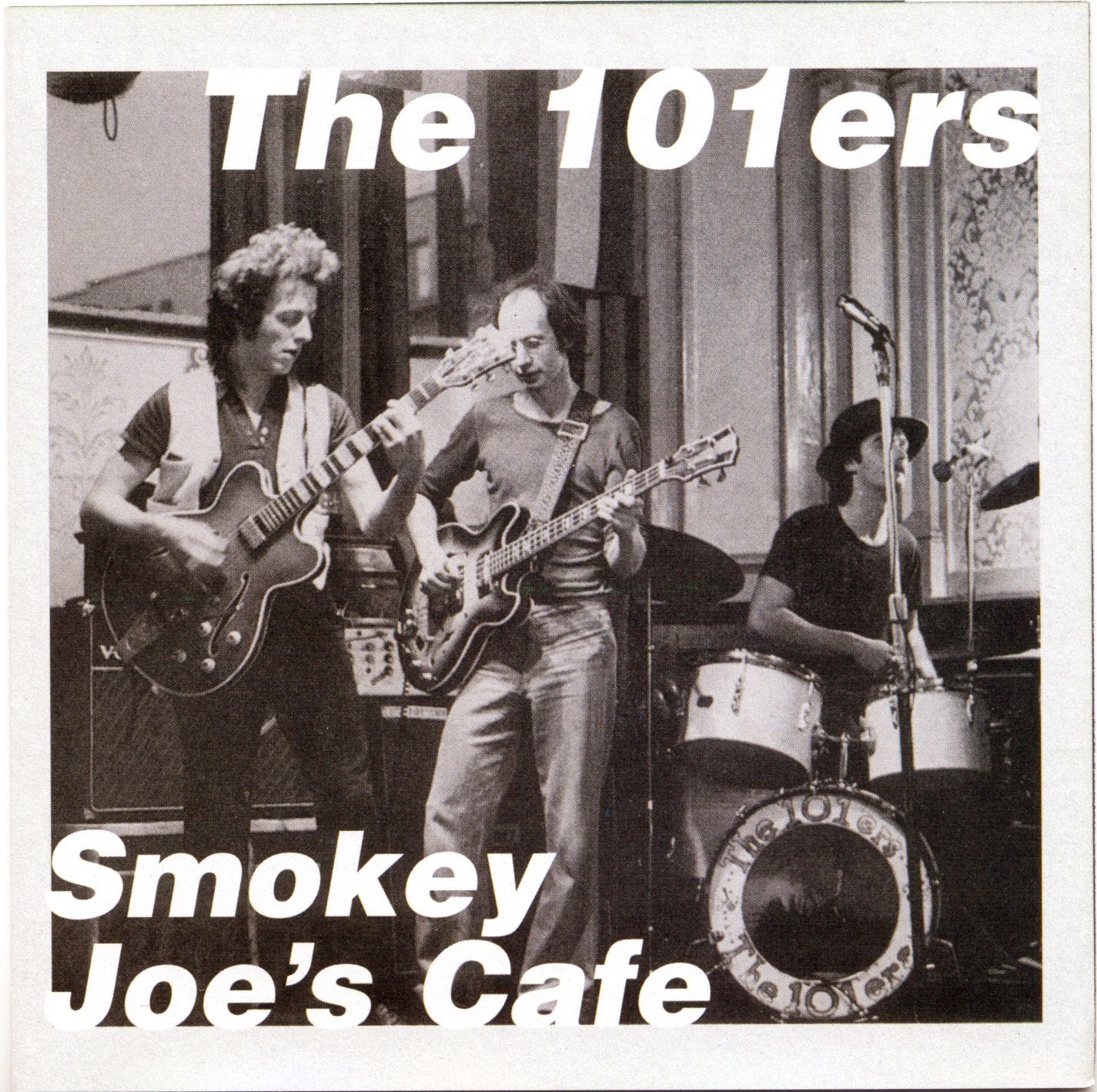 The 101ers were a short-lived pub rock band, known now primarily because it featured Joe Strummer as vocalist, guitarist, and songwriter. Formed in London in May 1974, they played a mix of up-tempo rock classics, R & B, and some orginals, and were prominent briefly in the pub rock scene.
The group was named after the address where they lived together: 101 Walterton Road, Maida Vale. But then on April 3, 1976, the opening act for the 101ers at The Nashville Room, was a new band called The Sex Pistols, and when Strummer heard them he 'saw the light' and then knew he needed to be part of the developing punk scene. As he stated years later, "5 seconds into their (the Pistols') first song, I knew we were like yesterday's paper, we were over." Joe left the 101ers and joined a new punk band with Mick Jones, Paul Simonon, and Keith Levenes, which became known as The Clash. They played their first gig, as opening act for The Sex Pistols, on July 4, 1976, just a little over a month after first getting together. Thus, by the time the 'debut single'for the 101ers was released, the Joe Strummer-penned 'Keys To Your Heart', Strummer was already in The Clash and the band was no more. The 101ers' recorded output was initially limited to that one single. However, by 1981, interest in The Clash was at its height and a second single and a compilation album Elgin Avenue Breakdown was released. The Clash have played 'Keys to Your Heart' at some live shows. Joe Strummer on his former band - "I know the 101ers were good. In fact, as far as sound and excitement went we were much better than Eddie and the Hot Rods."
Here we have a full-length show from the 101ers, from Cleopatra's, a nightclub in Derby, in December, 1975. Note that their set is full of old-time Rock 'n Roll standards & classics (Bonie Maronie, Heartbreak Hotel, Be Bop a Lula, Who Do Ya Love, Gloria, etc), including numerous Chuck Berry covers (Johnny Be Goode, Oh Carol, Monkey Business, Roll Over Beethoven), some Stones (Out of Time) and even two Beatles tracks (I'm Down, I Saw Her Standing There). There also are a handful of original Strummer-penned songs (indicated in tracklist). So, here's your chance to hear Joe Strummer doing straight-up Rock 'n Roll, before his punkish epiphany, in the 101ers.

This is essentially Disc 2 from a bootleg known as 'Smokey Joe's Cafe' (Redline, Italy), containing this show from Cleopatra's (except that here I have replaced the edited version of Gloria originally included - for time constraints so show would fit on single CD - with the full length version). Disc 1 of this compilation consisted of various demos and outtakes.