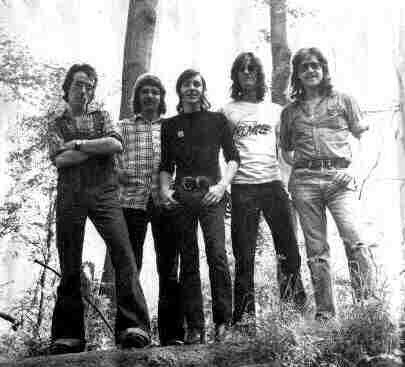 To wrap up this look at '70's Pub rock bands, here's a band that played the London pub-rock circuit around 1974-75, but was not very well-known even within that scene and never quite made it. Formed in 1974 by Mich Kent, Malcolm Dennis, and Declan MacManus after meeting at Brinsley Schwartz shows and discovering their mutual admiration for all things Brinsley, they formed their own band to play similar styled music, but only achieved modest success in obtaining pub circuit gigs, and very little success in making any money at it, and thus disbanded by the end of 1975. However, they featured a young singer/songwriter/guitarist, Declan MacManus, who would soon go solo, change his name, sign a record deal, and make quite a splash as an emerging 'new wave' artist, and then continue to grow, develop, and mature into one of the great icons of rock over the next 40 years. That, of course was none other than Elvis Costello. This early band gave Declan (aka Elvis) a chance to try out some of his own compositions amidst the more standard pub rock fare, as well as begin to develop his own distinctive style. But by the end of 1975, Declan had recently gotten married, and soon had both a wife and baby to take care of, and the band was just not cutting it, so Declan had to pull the plug and try something else. He continued to do occasional solo shows (sometimes under the name D.P. Costello), but had to take a 'regular' job as a computer operator to pay the bills while he shopped his demo tape around. Of course, eventually (by late 1976), his tape made it to Stiff records where it was heard by Nick Lowe (of Brinsley Schwartz fame, now a producer at Stiff), and the rest, as they say, is history, as Nick produced the first several of Elvis' albums, and Elvis became a legend (sort of, eventually). The show we have here is one of the very last performances by Flip City before they called it quits (by most accounts this was the next to last performance, with the last performance coming the following week at Ewell Tech supporting the Climax Blues Band). This was the last show of a series of gigs at The Red Cow. By this time, they had become pretty accomplished as a band, and play a very fine set here. Declan already had early versions of several songs that would go on to be very successful in his solo career ('Miracle Man', 'Pay It Back', 'Radio Soul'- which would become 'Radio Radio', 'Imagination', etc.). Interestingly, in his recent live shows (most notably his 2013 solo acoustic shows), Elvis has gone back to performing this original 'Radio Soul' version rather than the more familiar 'Radio Radio'. Although this audience recording is certainly not very high quality, it really is not that bad either, very listenable, and certainly worth hearing. 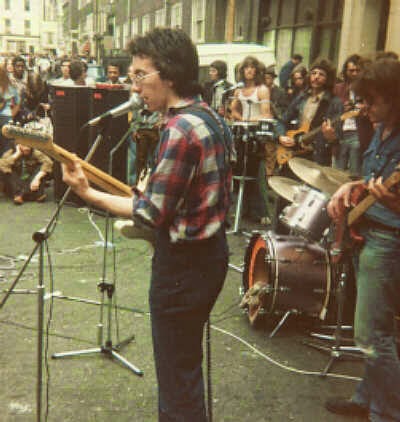 Thanks for the Flip City stuff, I'm a big EC fan but I've never heard ANY of it before - VG quality too, much appreciated! :)