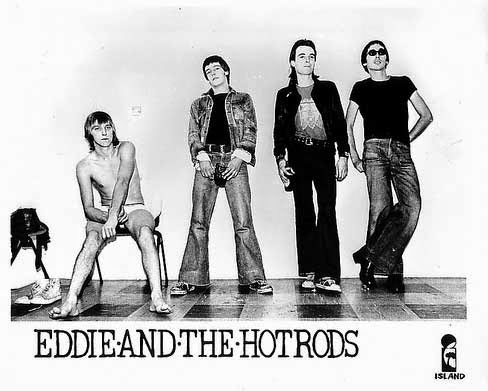 
Continuing with more Pub Rock , here's some more from Eddie & The Hot Rods, this one a full-length set from early in 1977, which was after their first album, but before their second album, and thus features more of their regular 'pub rock' material, including several rock classics of old ('96 Tears', 'Wooly Bully', 'Dizzy Miss Lizzy', 'Gloria') and relatively new (the Who's' Kids are Alright', Seger's 'Get Out of Denver', and CCR's 'It Came Out of the Sky'), as well as original songs from their first album.