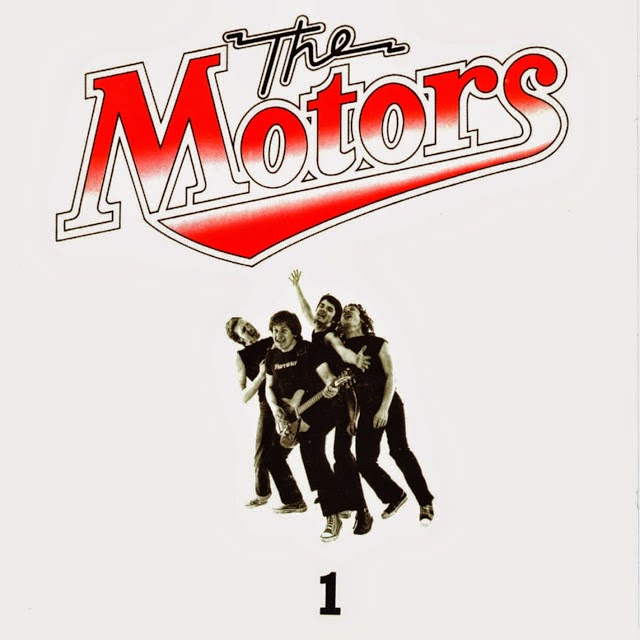 To continue this brief look at British 'Pub Rock' bands of the '70's, I had hoped to include something from The Motors, the band formed by Nick Garvey and Andy McMaster after they left Ducks Deluxe. The Motors debuted in early 1977 with Garvey, McMaster, guitarist Rob Hendry, and drummer Ricky Slaughter, but Hendry was soon replaced by Bram Tchaikovsky later in 1977. The Motors made 2 well-received albums with this lineup, 1 (1977) and Approved by The Motors (1978), and had some chart success in the UK with the singles 'Dancing the Night Away', 'Airport', 'Forget About You', before Bram Tchaikovsky left to go solo later in 1978, with Slaughter also leaving soon after. Bassist Martin Ace and drummer Terry Williams (both formerly of Man, and Williams also from Rockpile) were brought in as replacements and The Motors continued, releasing The Tenement Steps in 1980. But the group disbanded for good by 1982. Bram Tchaikovsky released three successful solo albums between 1978 and 1981 (Strange Man Changed Man, Pressure, and Funland), before quitting music performance to run a recording studio. Garvey released a solo album, Blue Skies in 1982, and then did session work for many years. McMaster and Slaughter also continued on performing with various bands over the years. Martin Ace  went back to the re-formed Man, and Terry Williams went on to Dire Straits, as well as various projects with Edmunds and/or Lowe over the years, and eventually also re-joined Man in the late '90's.

I said I hoped to post some Motors live tracks. Unfortunately, however, I have not been able to find any unofficial live recordings from The Motors at all, which is surprising for a 'pub rock' band, known for their live shows. They did have several BBC live sessions, but it appears that these have also been officially released. So, sorry, but I do not have any of The Motors music that I can share here. If anyone knows of any unofficial recordings that could be posted, let me know. Anyway, even though I have nothing available for download here, I still wanted to include something about the band in this little glimpse of the pub rock scene in England. Their albums are still very fondly remembered.

Ok, so to move on, this seems like a good time and opportunity to feature more from Graham Parker & The Rumour, so that is coming next.