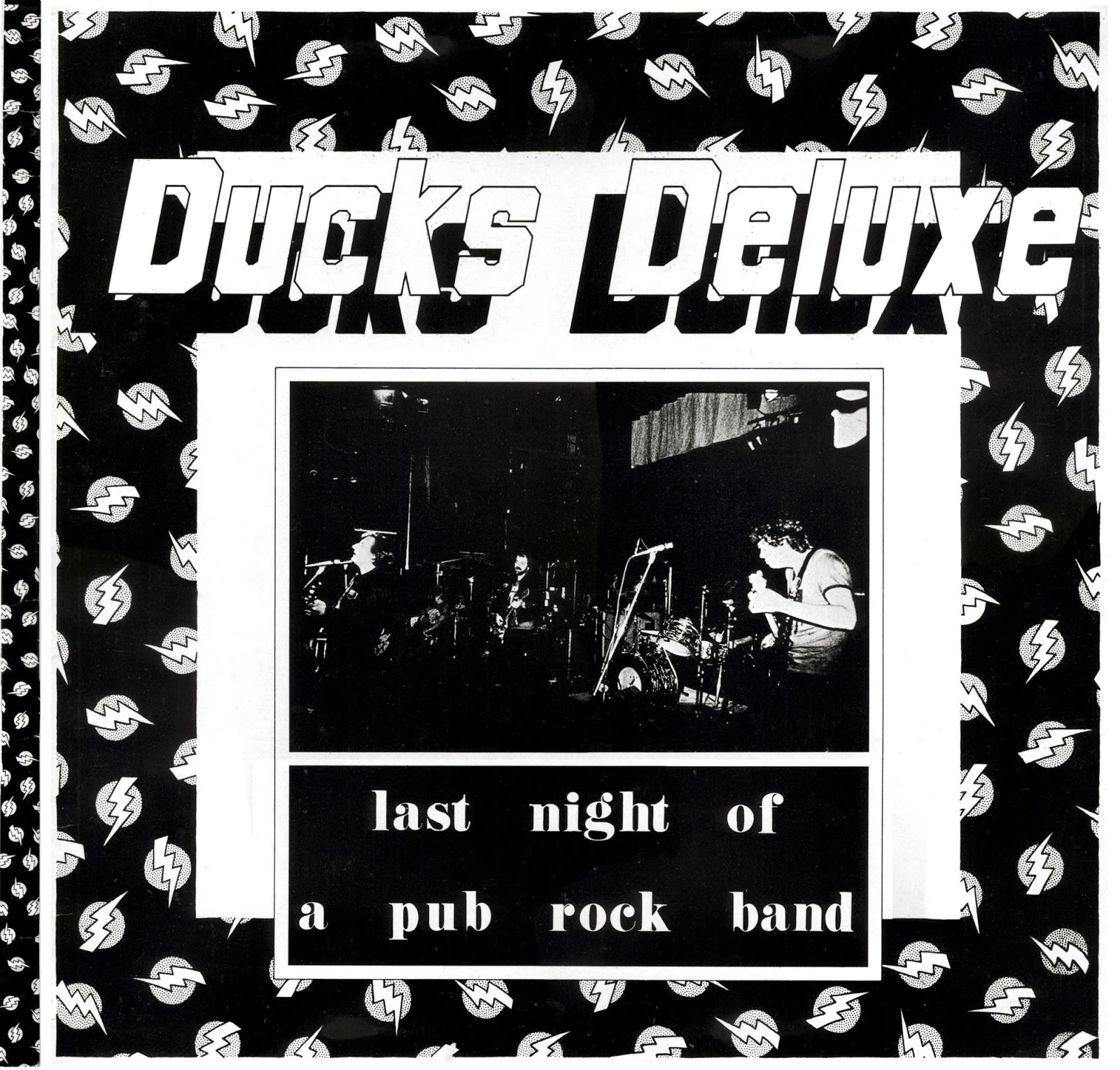 Continuing with legendary British 'Pub Rock' bands of the '70's, after the demise of Brinsley Schwarz (the band) in early 1975, guitarist Brinsley Schwarz and drummer Billy Rankin teamed up with their friend (and former Brinsley Schwarz roadie) guitarist Martin Belmont in his pub rock band, Ducks Deluxe, which was also in their final days and on the verge of calling it quits. Ducks Deluxe was formed by Belmont and guitarist Sean Tyla in 1972, initially with Ken Whaley (bass) and Michael Cousins (percussion), soon to be replaced by drummer Tim Roper, and additions of guitarist/songwriter Nick Garvey and (briefly) bass-keyboardist Andy McMaster. They released two albums, Ducks Deluxe (1974) and Taxi to the Terminal Zone (1975), after which McMaster and Garvey left. In 1975, Belmont and Tyla were trying to hold the band together a bit longer by bringing in Rankin and Schwarz, and Mickey Groome (bass), but the band pulled the plug in Mid-1975 anyway. But the Ducks were a 'real' pub rock band, harder-edged, and with a much rougher, looser sound than the clean, polished licks and harmonies of Brinsley Schwarz. The Ducks were a popular pub band with a strong following, but they never made any money so packed it in. But that's OK, because from here Schwarz, Belmont, and Bob Andrews went on to form The Rumour and teamed up with Graham Parker for a glorious run. Ex-Ducks Nick Garvey and Andy McMaster formed The Motors (another somewhat legendary pub rock band, 1977-1982). Sean Tyla went on to form Tyla Gang and subsequent solo projects. Anyway, here we have what has been called the final performance of Ducks Deluxe, at the 100 Club on July 1, 1975. And also joining in at the end here (for a couple songs) is none other than Nick Lowe and Bob Andrews (from Brinsley Schwarz). And they really live up to their pub rock name here, storming through a set of mostly classic rock covers (featuring a couple each from Dylan, CCR, and the Stones), as well as several Ducks originals. And although this ended the Ducks tenure at that time, it was not the end entirely, for years later, in 2007, Ducks Deluxe was re-formed (featuring Sean Tyla, Martin Belmont, Billy Rankin, and Mickey Groome) to celebrate the 35th anniversary of the original band, and they stayed together for touring, and eventually even a new album in 2010. In 2012, and continuing, the band is still touring, with the addition of Brinsley Schwarz back in the fold once again. So, rock on Ducks Deluxe, and all the old pub-rockers, wherever they might be.

hi,
i think that would be fair (between bloggers of goodwill) to quote the source of the vinyl rip (08-22-2008)
http://powerpopcriminals.blogspot.com/2008/03/ducks-deluxe-last-night-of-pub-rock.html

if you give a look at the tag, you'll be able to read in the comment area : PPC

and the artwork is the usual set of booklet + tray + inlay

Sorry, but I did not know that this rip originated from your PPC site (as that is not where I got it from), so thanks for the info, and my apologies if you thought my post was inappropriate. If I know the origin of a particular recording, I will usually provide that info with thanks (and often a link), but so much of what I have came to me undocumented or with an unknown history that it is hard to know or keep track. I certainly want to keep up as much goodwill among fellow bloggers as possible, so thanks again for the info as well as thanks for all you do and provide for others.