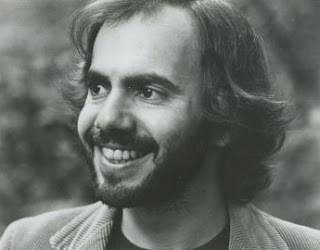 As promised, I have started upgrading some of the older files from 192 to 320 kbps mp3's, and also adding lossless (FLAC) versions (where I have them), starting with the incomparable Steve Goodman. So far I have completed the upgrades for the first few shows (1974-1977), available here, and will finish up the rest of Steve's upgrades in the next few days. It's been a few years since I first posted these, so if you are somewhat new to the blog, you definitely should go back and check these out. Steve Goodman was a wonderful man and great talent (For info, read through the posts, then download).

Those familiar with the posts may remember that for these shows I edited together multiple shows to create extended sets from various points in his career in a way to highlight his versatility, style, songwriting and performing, while also removing the duplicate songs between sets that would be present, so people could experience the most from this extraordinary entertainer in just a few extended sets. So, those edited extended sets are still present in the mp3 (320 kbps) versions of the shows. However, for the quality connoisseurs and purists out there, the new lossless (FLAC) versions I am now posting contain the full recorded versions of each show. Thus, the lossless versions contain additional songs not included in the mp3 versions (mainly duplicate songs from the other shows), and are unedited, the full versions exactly as I received them.

I also have recently received several additional Steve Goodman shows (much thanks to John Osterhout for making these available!), and will be posting some of them soon (as soon as I get a chance to hear them and see which are most suitable for posting). So, in addition to these upgrades, there will be more Steve Goodman shows to download very soon.

Thanks so much for upgrading Steve Goodman and John Prine, two of my favorites. Will need to download them all over again :)