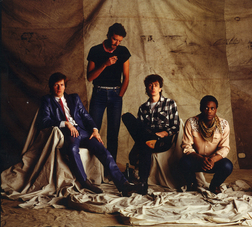 Here's some more Live Sinceros for you (well, at least for the few that seem interested), with a combination of 2 live radio shows from 1979, one from Boston, one from London. Although the setlist covers pretty much the same material as those previously posted (with the exception of a new rarity, 'Beady Eyes' included in this set), they are once again, fun shows worth hearing (and since there are so few available shows, they are all precious). So, here they are again, that great, fun, Power Pop group from the late seventies, The Sinceros.

I'm very interested - thank you for posting these! I think there might be a full recording of their show at My Father's Place from 11/13/79, which was broadcast on WLIR-FM. One song from that show, "Walls, Floors & Ceilings", can be heard on The Sound of Sunbathing CD as a bonus cut, and is of excellent sound quality. Keep up the great work!