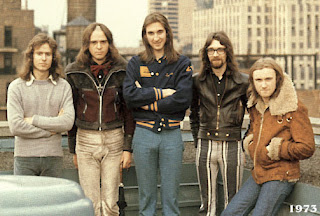 In honor of their recent induction into the Rock ‘n Roll Hall of Fame, this month I will be featuring one of my all-time favorite bands, GENESIS. Although they are probably my overall favorite, and I certainly have more Genesis and Genesis-related stuff than any other band, I have not featured them much on this blog simply because most of the Genesis stuff is readily available elsewhere. I see no reason to re-post stuff that can be accessed easily through other sites. So, what I will try to do is provide some information to those that may not be that familiar with the band that will help direct them to what I think are the very best of the Genesis shows and recordings out there. I also will feature some of the lesser-known or difficult to find shows and recordings.

First of all, the essential place for all Genesis-related information, ROIO information and ratings, tour info, artwork, etc. is, of course, Genesis – The Movement:
http://www.genesis-movement.org/

Fortunately, there are numerous high quality ROIO recordings from most phases of the career of Genesis, which started as one of the premier progressive rock bands in the early seventies, and eventually evolved into a very successful pop-rock band in the eighties. Of course, most of the real fans of the band much prefer the earlier progressive rock days, but the band has remained very productive and entertaining through all stages of their career, and has always been known for their sensational live shows. Not only are there numerous great shows, but also many groups (such as the Progressive Rock Remasters Project [PRRP], TM Productions, GASP, SAB, BURP, and other remasters groups) have dedicated themselves to preserving, remastering, and improving the sound from the available recordings to provide much more pleasant listening experiences of these concerts. So, much thanks goes to all those that have been involved in making these shows available to fans all over the world.

Ok, so to get started, here are some of what I would say are the very best sounding Genesis ROIOs, one taken from each year or tour from 1970 to 1980. For most of these there are numerous different recorded versions from the same date, so I have indicated what I think is the best version:

Most of these shows are available both as mp3 files from theultimatebootlegexperience (T.U.B.E), and other blogs, and in Lossless formats (FLAC, SHN) from, most notably, Qualitybootz. So, here are the links to take you directly to the Genesis shows at those sites:
Genesis shows (mp3) at T.U.B.E blog:
T.U.B.E.:
http://theultimatebootlegexperience7.blogspot.com/search/label/Genesis
old T.U.B.E. site archive:
http://onlybootleghere.blogspot.com/search/label/Genesis

Also, recently, a number of excellent Genesis shows have become available for streaming at Wolfgang’s Vault (including the 01-24-1975 Shrine Auditorium Full Lamb Show). Check ‘em out.

So, starting next week, I will start posting some additional shows, that may not be quite up to the quality of those noted here, but are certainly still highly worthwhile, and are presently not readily available for download at the usual sites. In particular, I will be featuring several PRRP releases that I have recently obtained. Ever since last Fall, when 'Qualitybootz' featured a great number of PRRP Genesis shows (thanks again for those!), I have been trying to track down the rest of this incredible remastered series. Well, over several months I have managed to find all of them (but it wasn't easy) that haven't yet been featured on one of the regular blogs. So, I will start putting these shows up next week (all in Lossless). So, stay tuned for those. In the meantime, once again, here’s to Genesis. Congratulations to a great band! 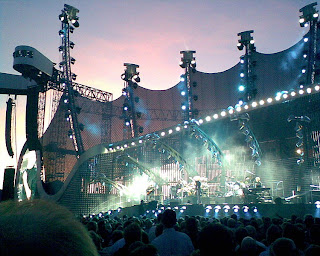