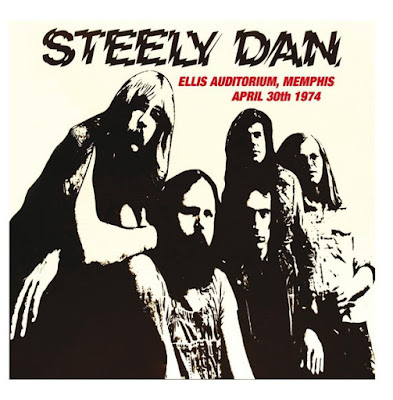 More Steely Dan! After featuring some of the later shows, time to go back once again to the original rock band version of the group in the early '70's, and their great 1974 tour. Here is another one of the classic soundboard recordings from that tour (I've previously featured the Rainbow Theater (5-20-74) and Record Plant (3-24-74) shows with excellent sound). This tour comes right on the heels of recording their 3rd album, Pretzel Logic (one of my favorites), and thus features some 'new' songs from that album, as well as several from my personal favorite, their previous, Countdown to Ecstasy. This was their last tour as a working rock band, before Becker & Fagen stopped touring, dissolved the rest of the band, and retreated to the studio to produce flawless jazz-rock records using various guests and session musicians. But here for the 1974 tour they had a killer lineup, with ace dual guitarists Denny Dias and Jeff Baxter, dual drummers (Jeff Porcaro and Jim Hodder, and even dual keyboard/vocalists (Fagen and Michael McDonald). The energy and performances at these shows are just fantastic. Each of these shows are great (and fortunately a number of hi-quality recordings from this tour are available), showing a much harder rockin' Dan than any of the post-reunion ensembles, with great guitar, keyboard, and drumming work throughout - vocals/harmonies are also quite strong as well, with the backing vocals of velvet-throated McDonald and percussionist Royce Jones. The only drawback is the setlist for all these shows was virtually the same (shuffling 'Any Major Dude' with 'Brooklyn' for some shows seems to be the only variant), so it is the same show each time, but even still, hearing multiple performances of this classic tour is a must. Although the sound from the original recording of this show was already very good, I am featuring here the Tooleman Remastered version of the show, as it does noticeably improve the overall sound quality and gives some extra punch to bass, drums, and vocals.So, if you don't have this already, check out some more classic Steely Dan.
.
Tracklist:
01  Bodhisattva
02  The Boston Rag
03  Do It Again
04  Brooklyn
05  King of the World
06  Blues in C
07  Rikki Don't Lose That Number
08  Pretzel Logic
09  My Old School
10  Dirty Work
11  Your Gold Teeth II
12  Reelin' in the Years
13  Show Biz Kids
14  All Too Mobile Home

Remaster notes - The recording has been equalized to make the bass much louder. Treble frequencies have been reduced to help balance the overall sound and make hiss less apparent. Light dynamic compression was used to improve the mix of vocals with instruments. The original recording runs fast and the pitch of the music is a bit sharp, so pitch was altered by -25 cents in the remaster to bring it to proper pitch. Track boundaries were adjusted from the original CD so that the music starts much closer to the beginning of each track. Several seconds of loud hum was reduced in track 14. The separate track for band introductions was merged with the preceding track (track 8, "Pretzel Logic"), while the excerpt of "Your Gold Teeth" was broken out as a separate track. - Tooleman, 2008 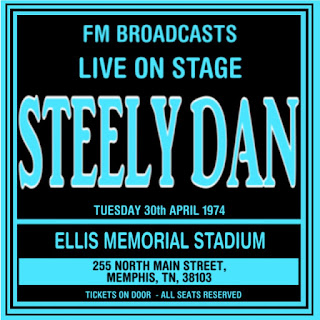 I have this CD..as well as the OH-BOY version of the Record Plant one. I have to admit, this lineup has a lot of ZIP to it..this is the only show from that era where I can hear Walter on the bass guitar. Nice to take a trip down memory lane-they were truly AMAZING live..my favorites being Bodisattva, Rikki don't Lose That Number and Pretzel Logic. We are fortunate to be able to go back in time..and re-live these magnificent musical memories.
One thing for sure..very high calibre of musicianship, great mix on the vocals, they were most definitely " a force to be reckoned with." Not surprising they were so popular, everything from bebop, to jazz, to cha-cha, to pop and hard rock. One of the best bands ever, and this recording proves it.
Beyond any doubt.