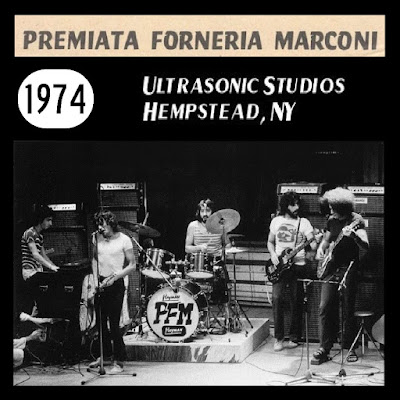 Awesome show, thanks so much, had this a tone time and lost it. saw this band 45years ago twice. Finally got to see them again twice on the Cruise To The Edge with Yes and many other prog bands. PFM was the highlight of the cruise for me !!

Good show from the 'Cook' tour, I would guess.
(Wrong bass player on the cover, though.)