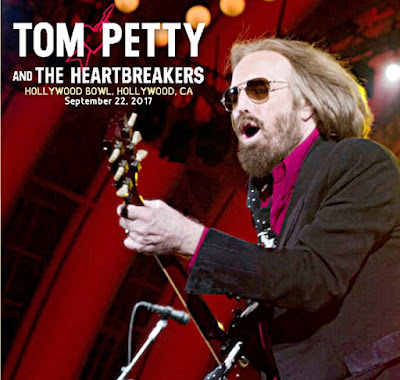 I've just been devastated by the shocking news of Tom Petty's death this week. And coming in the wake of so much tragedy and devastation over the past couple months, with earthquakes, hurricanes, terrorists, Trump, and the recent mass shooting in Las Vegas, as well as last month's death of Walter Becker, this was just too much to take. And although we certainly have to come to grips with the inevitable deaths of aging rock stars (and there have been many in the last couple years), for me at least, this one hurts more than any of the others. First, it was just so shocking, in that, of all the aging rockers out there, Tom Petty was about the last one I would have thought might die. He was such a fighter, and survivor, and was just coming off a very successful and impressive tour. Second, we need Tom Petty; his music, his songwriting, his style, his voice, his personality, his attitude, his being. Him and his music was still so relevant and vital. He wasn't just a 'greatest hits' act, he was still making, creating great new music. His last album with the Heartbreakers, Hypnotic Eye (2014), was their best in many years, and his recent work with Mudcrutch (2008, 2016) was also great, broke new ground and presented a different side to his music. In other words, he was still at his peak. He was just as good, if not better, now as he was back in his early days, and The Heartbreakers were better than ever - just check them out on this last tour - amazing rock band. But probably more than anything else, this loss of Tom Petty seems to mean so much more because of just who Tom Petty was. Sure, he was a great rocker, great songwriter, musician, etc., but his death seems more personal, because you never think about Tom as a star, a legend, an icon (though he was all of those), because he just seemed like such a regular guy, someone that could be a close friend, a buddy. No ego, pretension or self-rightousness, didn't think much of celebrity or fame, he was just a guy playing his music, and he hoped you would like it too. And his songs were very personal, with strong emotions. He wrote songs of defiance. And as Bill Flanagan said the other day on CBS Sunday Morning "Tom Petty wrote songs for anyone who felt lonely or misunderstood. His message was simple and profound: 'You are not alone.'" Alot has already been said about Tom, and alot more will be said, and I have no eloquent words or thoughts to add. The emotions are just too raw to put into words right now. I've listened to alot of Tom's music this week, but none without getting choked up and teary. Thank You and God Bless You, Tom. We'll miss you.

Earlier this year, Tom Petty and The Heartbreakers set out on an ambitious 40th Anniversary Tour. Tom had already decided that this would probably be their last big tour, but would still do smaller tours and performance dates. The final show was set for the Hollywood Bowl on September 21. Tickets sold-out so quickly that an additional show was added for Friday, Sept. 22. When that also sold-out in minutes, they agreed to add one more show on Monday, Sept. 25th. That show would be the last performance ever for Tom Petty, as he died of cardiac arrest one week later, on Monday, October 2nd. The show presented here is from 9/22/17, the next to last show ever performed by Tom Petty. So, check this out, as well as other Tom Petty shows (and there fortunately are many great Tom Petty shows available), as Tom Petty is one of those artists that was at his best in live shows. It's nice that they started these shows with the very first song from their first album, the wonderful, but nearly forgotten gem 'Rockin' Around With You'. It's also interesting that for this 40th Anniversary Tour setlist (and all the dates had virtually the same setlist with only minor variations), fully half of the songs Tom chose to play came from his solo albums (which actually also included back-up from all of the Heartbreakers), 5 from Wildflowers (1994), and 4 from Full Moon Fever (1989). Although both his solo albums and Heartbreakers albums are great and contain great songs, I always felt the few solo albums he did contained his most personal songs, less straight-forward Rock n Roll, but more gentle and more heart. So, it's interesting to see this final tour contain so many of these solo songs among the Heartbreakers hits. 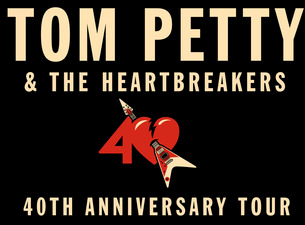 The hosts comments say it all, a beautiful tribute to an irreplacable legend.This is tough ,ive read many great tributes about Tom,the musician,the icon ,the man and i have yet to make it through any of them without balling like a baby and barely making it through any of them,this one included.David Bowie died in Jan of 16 and its been one after another ever since.this one hurts more than any of them,for the reasons given by this blogs host.Toms total disregard for celebrity,self deprecating manner,his humility as well as his humanity make this one really sting. He was like the bud you could have a beer with.no prima donna facade or rock star prima donna attitude. Thanks for the show although im probably too much of an emotional basketcase to get through it right now

you're the BEST BB Chronicles, thanks soooo much for this! Good quality! <3

Very well said, BB. This one is incomprehensible. Tom had so much more music left in him. Such a decent, cool human being. Been listening to nothing but his music since he passed . All my favs are gone now; Harrison, Lennon, Gene Clark.....I guess we'll have to be thankful for all the great music he left us, studio and live recordings that circulate.
Thanks for the show....

Thanks for this. I downloaded the FLAC version yesterday and listened while sipping on a few beers. I teared up at just about every song. RIP Tom.

One hell of a remembrance.

Thanks for this! I saw him earlier in the summer in Michigan and thought it was an awesome show.