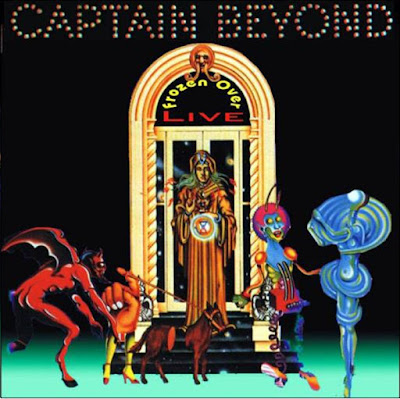 Since the response to the Captain Beyond post was surprisingly strong, here's some more live Captain Beyond. This one comes from their 1973 tour, after the release of their 2nd album, Sufficiently Breathless, and so features some new songs not included in their previous (1971-72) tour shows. There are very few available live recordings from Captain Beyond (after 'The Completer' previously posted, this is really the only other decent quality Captain Beyond boot I've ever seen or heard of). And although drummer Bobby Caldwell left the band before the recording of the 2nd album, and that album was made without him (and with added keyboard player and percussionist in addition to new drummer), he came back to join them afterwards for the follow-up tour, which restored the original lineup. So, this show does feature Caldwell in all his glory (including an extended 13 min drum solo), as well as the whole original lineup, before the band split again shortly after this tour.