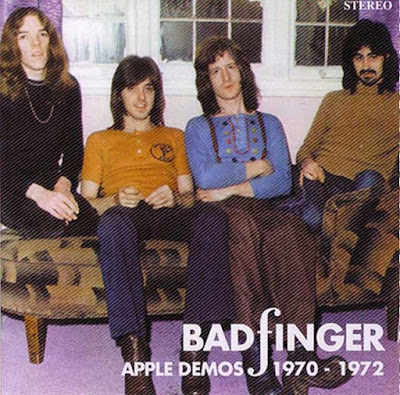 Badfinger is known primarily for a few things, first, as a band with a similar style and sound that the Beatles took personal interest in developing (signing to Apple Records, Paul writing and producing their first hit single, George arranging and producing some songs, them performing with George on All Things Must Pass and Concert for Bangladesh, performing with John on the Imagine album, etc.), second, for their string of early 70's hit singles 'Come and Get It', 'No Matter What', 'Day After Day', and 'Baby Blue', and lastly, for their tragic history resulting in the early destruction of the band and suicide of 2 of the 4 band members. I won't go into the depressing history and mistreatment of this talented band (chronicled in the book, Without You: The Tragic Story of Badfinger, by Dan Matovina), except to say that although they certainly weren't the only band to be taken advantage of by unscrupulous and inept management, I think they had it much worse than most and were subject not only to criminal greed (literally) and loss of all their earnings, but also were caught in the all the issues and turmoil of the decline of Apple Records at that time, as well as raging lawsuits among Apple, their manager, Warner Bros (their new label), and ultimately themselves, making things particularly unbearable. So, although much is often made of both the advantages (help from the Beatles themselves!) and notable problems and tribulations of the band, not enough is usually said about just how great they were, despite all the turmoil. For some reason, it is generally assumed that they were a mediocre band (imitating the Beatles) that only achieved the success they did because of their association with The Beatles and Apple. Well, I would contend that Badfinger was a genuinely great band, that could (and should) have been even greater, if they would have been treated even humanely and given an adequate chance. With three very talented songwriters (that could write in a variety of styles), all of whom had excellent singing voices (and made great harmonies together), two fine guitarists (one a virtuoso lead), and rock solid backing, they had everything needed. Although after their early very Beatlesque sound they did find their own unique style and sound, they still were never quite able to shake the impression that they were sub-par imitations of The Beatles (which is nonsense, besides what's so wrong about a band playing their own original songs that happen to sound somewhat like the Beatles - sounds pretty good to me). Anyway, no apologies needed. They were a great band, making great music. They were really the first (and one of the best) of what later became known as Post-Beatle Power Pop (or just Power Pop). What I have here today were billed as demos in this well-known bootleg, but really these are much more than just 'demos'. These are actually fully produced songs, the original Geoff Emerick-produced tracks recorded (in 1971) for the band's follow-up album to the successful No Dice (1970), to be called Straight Up, that were rejected by Apple as not being good enough. The band was sent back into the studio, this time with George Harrison producing, where they recorded some new songs ('Day After Day' and 'I'd Die, Babe') and re-recorded 'Suitcase' (with a new, more rockin'  arrangement by George) and 'The Name of the Game' before George was called away to work with Ravi Shankar and set-up The Concert For Bangladesh. Badfinger eventually went back to the studio again, now with Todd Rundgren producing, to finish the album. Ultimately they only used 6 of the 12 songs recorded with Emerick for the final album (and most of these were re-recorded - only 'Flying' and 'Sweet Tuesday Morning' utilized the original recordings, which were remixed and overdubbed), and adding the new songs 'Take It All', 'Baby Blue', 'Sometimes', and 'It's Over' (in addition to the other 2 that George produced) for the final album. The final Straight Up album that was released, was all the better for the tinkering (the new song additions added immeasurably, especially 'Sometimes', 'I'd Die, Babe' and the eventual hits, 'Baby Blue' and 'Day After Day', and every one of the re-recorded song versions was better), and became a great, classic album, one of the best of that era, and one of my all-time favorites ('Perfection' is still one of my favorite songs), a Power Pop masterpiece. However, the original version presented here was not bad either, and some of the rejected songs are still very good (best of the bunch are 'Baby Please' and 'I'll Be The One', which was reportedly rejected by George because it sounded 'too Beatley'). So, check out this early, rejected version of the classic Straight Up, and enjoy the unused songs and early arrangements. But by all means, also listen to the final released version in all its glory (if Straight Up is not already a part of your collection, you must correct that immediately). Please, enjoy Badfinger.

Note: Many of these original version tracks have been made available as bonus tracks on updated, remastered editions of Badfinger albums. However, the tracks included here are the earlier available bootleg versions, not the official released versions.

Next: some live Badfinger

I really agree with you. A wonderful band, doesn't get the respect they deserve. Sounding like beatles in the studio certainly isn't any crime. They're better than los b's when they play live (agree with Keef Richard). No one should go through the grief these guys had to with so little benefit and result. I hope music history will judge them finer than they have been so far.

Thanks for sharing this music and your insights.