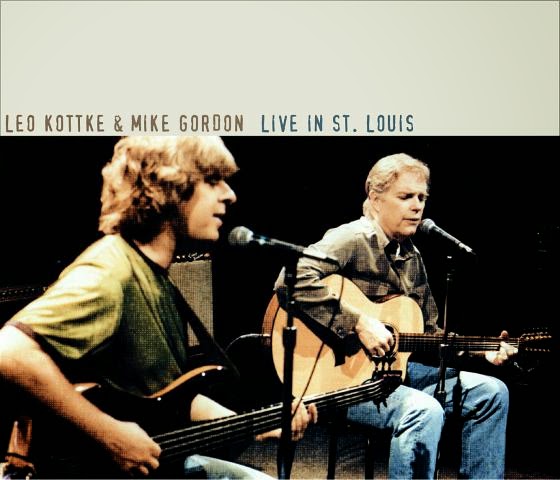 More Leo Kottke, and this show brings us up to more contemporary times (and finishes this brief retrospective of his career). In 2002, Leo released a duet collaboration album with Mike Gordon (bassist for the band Phish) titled Clone. Although this may seem an odd pairing, Gordon (as well as fellow bandmate Trey Anastasio) had been of fan of Leo's ever since he played at the University of Vermont (where Gordon and Anastasio were students) back in the '80's, and had communicated with Kottke and they wanted to collaborate for years. They finally got their chance during a Phish hiatus in 2001, and they got together and recorded Clone, featuring new songs written by both artists. The album was critically acclaimed and featured intricate interplays of Mike's bass and Leo's guitar, as well as vocal collaborations and harmonies as well. The collaboration was so succesful that the duo recorded another album together in 2005, Sixty Six Steps, as well as another tour together. However, although Kottke continues to perform and tour regularly (he is currently on tour in 2015), Sixty Six Steps remains his last studio album released to date. The show featured here is from the tour in support of the 2002 album, and in addition to songs from that duets album, features re-workings of songs from both the artists past catalog. Here is an excellent soundboard recording from their St. Louis show.

hell yes thank you so much!