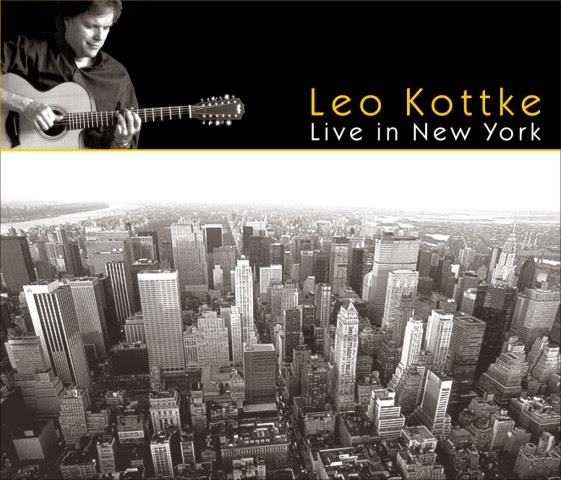 More Leo! A bit later. This was several years after his return following his near career-ending bout with tendonitis and nerve damage in his hand. As part of his therapy and adjustment for the tendonitis, he changed his picking style to a more classical, less aggressive approach, and changed his hand positioning to reduce stress on his tendons. He also began to delve more into jazz and classical style compositions and playing styles. Thus, beginning with his return to recording in 1986 (A Shout Toward Noon), he moved to the new age-oriented label Private Music, and his albums showed a kinder, gentler, more jazzy styling, but still just as impressive, and probably even more beautiful sounding. Subsequent releases included Regards From Chuck Pink (1988), My Father's Place (1989), That's What (1990), and Great Big Boy (1991). At the time of this show in 1993, he was preparing songs for his next album, which would be Peculiaroso (1994).  So, here is Leo in those middle years, with a sweeter sound, but still showing some of the finest acoustic picking and slide work you will ever hear, as well as a plethora of great songs and his quirky personality and stories. Plus, a stellar digital soundboard recording and bonus tracks from the 2nd (late) set to boot.

Note: Several late show songs that were repeated from the early show were excluded here.

Thanks for this wonderful Kottke gig. It's all very good, but the run from track 16 to 21 is astonishing, including Ojo, which is my favourite Kottke tune, Echoing Gilewitz, which doesn't get played very often and a beautiful slow version of Room At The Top Of The Stairs.
The late show set-list is:

Over the limit, so will come back later. Again I must say my thanks for your generosity in sharing these diverse and wonderful files in such great quality. I hope to see you all soon.

You made my day. These Leo shows are awesome.