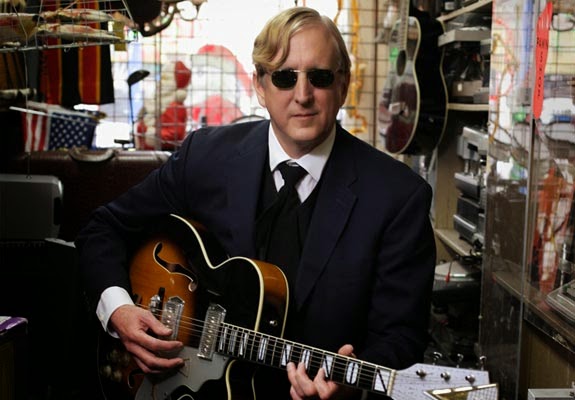 Here's more from T-Bone Burnett, this time featuring some of his more recent material (at least relative to the previous 1980's shows), in this fine radio show (Morning Becomes Eclectic) from 2006. Five of the six songs he performs come from his new album at that time, the True False Identity (the other, 'Humans From Earth' comes from his previous album, The Criminal Under My Own Hat (1992)). So, here's a look at the kind of music T-Bone has been making in more recent years.

I've admired Burnett's work as a producer (LOVE the Sam Phillips albums) as everyone else has. But I haven't heard much on his own, so these are a real treat. Thanks for updating the links as well. Your site is a true treasure trove of impossible to find music. Huge thanks for all the time and effort.