He Shall Be Levon

And he shall be a good man, may he rest in peace 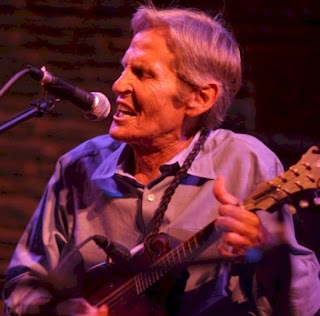 Sad news that Levon Helm, drummer/vocalist for the Band (and numerous solo projects), passed away yesterday, at the age of 71, after a long battle with cancer. Readers of this blog know that The Band was one of my favorites, and I have featured many excellent shows and compilations here. By all means, go and check those out, if you haven't already. But also, please, if you enjoy the Band's Music, be sure to also support them by purchasing their available commercial releases (As my friend at the Steam Engine website pointed out, Helm's family still have the burden of years of medical bills from his long battle with cancer, and any support from fans through purchase of his music is appreciated)

Although The Band was blessed with 3 strong vocalists in Rick Danko, Richard Manuel, and Levon Helm, as well as a masterful writer-producer in Robbie Robertson, to me, Levon was always the primary voice (as well as spirit) of the band. And as great as they all were together, Levon was always my favorite. His stand-out vocal renditions on classics like 'The Night They Drove Old Dixie Down', 'Up On Cripple Creek', and 'The Weight' provide much of the enduring appeal of those songs. He was the only American among Canadian musicians that were known for their 'American' sound and style, with alot of that 'Americana' coming directly from Helm. It was great to see him battle back from his previous struggles with throat cancer, to produce a string of Grammy-winning 'Americana' albums the last few years. Now, with the loss of Levon, as well as previous deaths of band members Richard Manuel and Rick Danko, only keyboardist Garth Hudson and Robbie Robertson remain from the original group. But for now, let's celebrate the great music that the Levon and the Band made, that will live on forever.

Nice summation, and well-made point about the legacy of medical bills. Surely someone will put together a benefit concert to help defray those hellish expenses, but in the meantime, I'm going to go buy that copy of Electric Dirt.