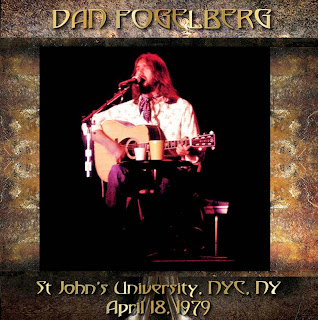 Here's another show that has already appeared at a few other sites, but I thought it was also worth posting here. Somewhat recently (over the past year), several good quality Dan Fogelberg shows have become available, which has been great, since there were very few around. This is one, from a solo acoustic show at St. Jophn's University in 1979. This is from the Lostbrook Tape series, which also has another very good Fogelberg show (If I get a chance, maybe I'll post that one too, or some other Fogelberg shows soon). This one is great, first, because it has very good sound, second, it is solo acoustic, and also because it is a little earlier in his career and features different songs than many of the other available shows. Anyway, enjoy this one, it makes a nice companion to the recently posted Jackson Browne acoustic shows.