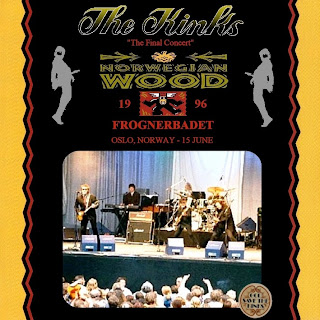 The Kinks phenomenal musical career as a band lasted for over 32 years (1964-1996), wherein they released 24 studio albums, 5 live albums, and countless singles, collections, and compilations. But it all came to an end in 1996, when brothers Ray and Dave (after much feuding and bickering) finally decided to call it quits. Although no one knew it at the time, this 1996 performance in Oslo, Norway, at the Norwegian Wood Music Festival, turned out to be the last ever live performance by the band (up to now). And since a modern day reunion still appears very unlikely, it may very well remain as the very last Kinks performance ever. But the band still had it all going here in 1996, and this concert shows an impressive energetic performance featuring many Kinks favorites from throughout their whole career. And perhaps it is quite fitting that the last song they played was 'You Really Got Me', the song that started it all for this great group. So, please this enjoy this fine Kinks show, and taste of history for one of the greatest rock bands of all-time.

Thank You very much!