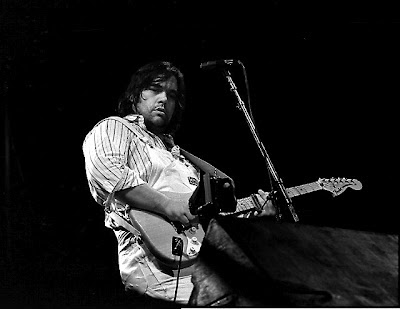 
Here are a couple more Little Feat shows, these from near the end of Lowell George's tenure with the band. I wanted to feature a concert from this period, as they include several newer songs ('Time Loves A Hero', 'Day or Night', 'All That You Dream', etc.) from the mid-70's albums not yet available in the earlier 1974 shows already posted. The UNH show has better sound quality, but is drastically shortened (cut to 55 minutes for radio broadcast), and the William & Mary show, while it has some sound problems and a noticeable cut in 'Dixie Chicken' (but still pretty good sound overall), it has the full show (and a similar setlist as the UNH show), so the songs missing from the UNH show can be heard here. Thus, I decided to post them both.

Little Feat has always been one of those bands that you have to hear live to really appreciate. Their studio records have never adequately captured their great sound as well as their live performances. Which is probably why their one official live album from this period (Waiting For Columbus- WFC) was their most popular album. And incidently, WFC, recorded in in 1977, has been widely acclaimed as one of the greatest live albums of all time (check it out). Anyway, these represent some of the last group of shows with Lowell George. After the 1978 tour wrapped up, early in 1979 and the making of their next album (Down on the Farm), Lowell announced he was leaving the group and would start a tour in support of his new solo album (Thanks, I'll Eat it Here). The rest of the group finished the album and released it in June 1979, but also announced that the group was disbanding. Two weeks later, George tragically died of a heart attack while on his solo tour. That was seemingly the end of the band. However, 9 years later (1988), all the surviving members reunited with Craig Fuller (from Pure Prairie League) added on vocals and Fred Tackett on miscellaneous guitars and strings, released a new album and went on a triumphant tour. Driven by Bill Payne, Paul Barrere, and Richie Hayward, and featuring an even more diverse sound, the reformed band was still great (even without Lowell, although he certainly was missed). And the new incarnations of Little Feat have been performing steadily ever since (although some additional lineup changes have occurred, the core of Payne, Barrere, Hayward, Clayton, and Tackett has remained), and they still put on great live shows. So, if you get thet chance they are still well worth seeing (They are currently on their 40th Anniversary Tour, as the band was first started in 1969). Unfortunately, in August 2009 it was announced that drummer Richie Hayward was leaving the group due to health problems (later determined to be liver cancer), and Hayward subsequently died in 2010. [Update: guitarist Paul Barrere died on October 26, 2019, also illness due to liver cancer.] As a loving remembrance to those  who have passed on, but also those still rockin', here are these classic shows from 1978.

Hey - any knowledge of the setlist from the show that was played by Little Feat at the Towson Center in Baltimore MD that autumn??? I was there and remembered a KILLER show, but not the setlist (at least 2 if not 3 encores)