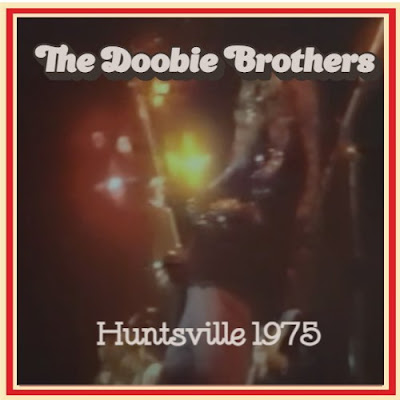 Here's another classic show from The Doobie Brothers, a couple years after the last one posted, which was still when they were a guitar-driven rockin' band, but also at a time when major changes were coming. The band followed up the success of Captain and Me (1973)  with another blockbuster album, What Were Once Vices are Now Habits (1974). Shortly after finishing recording their next album, Stampede (1975), in late 1974, it was obvious that Tom Johnston's health  was in bad shape. He needed to take time off, but the band started a promotional tour in early 1975, which Johnston started, but couldn't finish, as he required emergency hospitalization for severe bleeding ulcers and an extended recovery time. In order to finish the tour, the band brought in vocalist-keyboard player Michael McDonald (who Jeff Baxter knew from his Steely Dan days), divided up the vocal responsibilities, and split-up the dual guitar parts between Baxter and Simmons, and continued the tour quite successfully.  After the tour, the band was at a crossroads: Johnston, who was their primary songwriter and singer, would be unavailable for the foreseeable future, but the band were contractually required to release a new album in 1976. Fortunately, new addition McDonald was a seasoned songwriter as well, and bassist Tiran Porter also contributed some new songs, which along with Simmons' solid songwriting was just what they needed. So, McDonald's addition became permanent. However, McDonald's more laid-back, jazzy keyboard style and soft- spoken vocals took the band in a very different direction and style than the hard-rockin' Johnston, and thus their next album started a whole new phase of the Doobie Brothers music. But that's a story for next time. Right now, we are still focused on the more rockin' version of the band. Here is a combination of a couple of radio shows from 1975, an almost complete recording from Huntsville AL in October, as well as some tracks from an earlier show (with Tom still performing) in March, and topped off finally with a complete performance of 'Without You' (which has been cut in both of the previous recordings featured here. The shows feature new songs from Vices and Stampede, in addition to favorites from the earlier albums.

Hello,
Happy to be the first to thank you for sharing. And of course congratulations for all that you do to keep this blog alive. It was the best time for Doobie brothers.
Best regards,
drogos